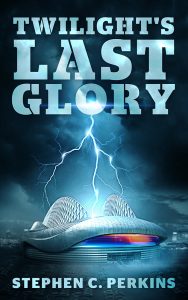 America’s game…
A global spectacle of triumph and anguish. A grand pageant of violence and drama. And now with its first female superstar…a spectacular experiment that may change the world!
In a world secretly ruled by an organized crime pyramid with strange and mystical powers, crime lord Gigi Salerno is the sinister hand casting the ultimate fate of victory or defeat.
But when a brilliant team doctor envisions future WFFL rosters filled out with AI, Salerno’s masters secretly decide he’s expendable.
Now threatened by the intrepid ambitions of a young sports columnist determined to expose the Octagonal while faced with the covert maneuvering of a once trustworthy lieutenant and the conflicted loyalties of an unscrupulous general manager, Salerno is confronted with a dilemma and, he may have to befriend his enemies to vanquish his double crossing masters.
Will he survive long enough to capture what he secretly most: the reluctant affections of a beautiful woman?

Sign up for our newsletter to find out about great mystery books. Once a month one subscriber will win one book from our site.
Filed Under: Featured Books, Thriller Tagged With: fantasy, mobsters, mystery, NFL, secret society, stephen perkins, suspense, thriller