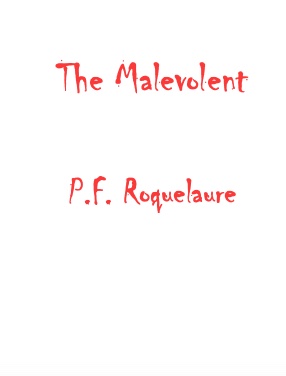 Griffin Andrew Meade, 18 years old, moves to Bartholomew Bay, Maine with his family in 1983 into Antioch, the ancestral mansion of the wealthy Bartholomew family, and soon discovers it is haunted by the spirit of Angelus Bartholomew III, who died when he fell from the Widow’s walk of Antioch in 1919, when he was 18 years old. Griffin learns that some of the towns people believe that Angelus was pushed from the Widow’s walk by his abusive father, the powerful Angus Bartholomew, and didn’t commit suicide by leaping from the Widow’s walk as the cause of death stated. Soon thereafter, the ghost of Angelus contacts Griffin and reveals through erotic flashbacks the story of the life he and his paramour Lazarus Benedictine, the son of the lighthouse keeper of Bartholomew Bay, lived until his untimely death. While Griffin becomes acquainted with Angelus and Lazarus’s secret romance, he becomes involved with his first same sex romance, Christian Gutmann, also 18 years old and raised in Bartholomew Bay, that only knows part of the story of Angelus Bartholomew’s death. While living in Antioch, Angelus’s spirit unleashes a series of deadly acts that not only reveal his “malevolent” nature but his intentions towards Griffin: that he is to a play a vital role in a scheme to re-unite Lazarus, who is still alive, with Angelus in the afterlife. Griffin is faced with the decision to either participate in Angelus’s plot or more of his loved ones will suffer deadly consequences, including his family and first boyfriend Christian. These intersecting stories of Griffin Meade and Angelus Bartholomew III, of the sacrifices we make for our loved ones, are set respectively during the turbulent early 1980’s, when the gay rights movement increased its visibility in reaction to the AIDS crisis, and the earliest years of the 20th century when same sex relationships were not only immoral but also illegal. 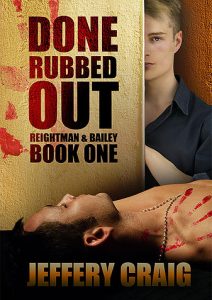 In this first book of the Reightman & Bailey series, deceit, corruption and murder tangle together with vivid, unconventional characters in a story of unlikely new friendships and their power to change us.

Things are going well at the Time Out Spa, but the night young proprietor Toby Bailey discovers his former lover naked and dead on a massage table, more things are spoiled than just his white leather shoes. Detective Melba Reightman and partner Sam Jackson are called in to investigate and soon become embroiled in the most perplexing homicide case seen in years.

After a hunting knife engraved with Toby’s name is found in a load of wet, bloody laundry, he’s arrested for the murder of Geraldo Guzman. He enlists the aid of Madame Zhou Li, practicing attorney and owner of Green Dragon Chinese Herbs and Teas. The peculiar octogenarian seems an unlikely choice to defend him, but soon proves she has more than a few tricks up her sleeve. Toby joins forces with Reightman and Jackson and a shocking string of clues lead them closer to the killer. The bad news? Successfully solving the crime might unleash a firestorm on this southern city and come at a price none of them are prepared to pay.

About The Ship by Allan Krummenacker

Cassandra Elliott is a billionaire heiress, who has just come out of the closet. She’s also a powerful psychic who has seen incredible and terrifying things. In fact, just two weeks ago, she and her girlfriend Julie Cloudfoot, survived a horrific battle alongside their two friends Alex Hill and Veronica Ross. They faced a being from a parallel reality where evolution took a much different course than in this version of Earth.

As a result of that encounter the two of them have come to Santa Cruz to bury one of their own as well as to see if their new relationship will work out.

While taking a surfing class Cassie finds herself under attack and barely escapes with her life. But this is only the beginning. Whatever attacked her left a mark on her leg and now she is experiencing terrifying visions and senses the approach of something hiding in the fog. A legendary ghost ship is coming for her. However this is no ordinary nightmare of the sea. This vessel is alive and wants to make her a part of it, literally…

Get The Book From Amazon