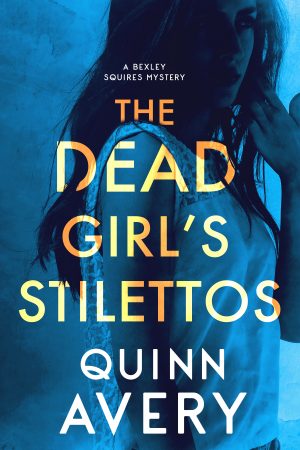 A playground for the rich and famous, a murdered Jane Doe, and a beloved celebrity. Journalist Bexley Squires might be out of her league when she’s asked to solve one of the nation’s most infamous unsolved mysteries.

But she’s broke and desperate for the means to find her sister after her disappearance, and the world’s sexiest actor will pay generously to save his reputation. Only she didn’t expect the detective in charge of the case to be her old crush, Grayson Rivers. He’s hotter than the California sun, and their chemistry is the best thing since tacos, but she’s not going to let anything get in the way of uncovering a level of depravity unlike anything she’s ever known.

As tampering witnesses and stolen evidence come to light, Bexley’s network of old and new friends gets sucked into the undertow. If she can’t uncover the secret behind the victim’s footwear, the next wave will kill them all.

Sign up for our newsletter to find out about great mystery books. Once a month one subscriber will win one book from our site.
Filed Under: Featured Books, Women Sleuths Tagged With: amateur sleuth, female protagonist, female sleuth, humor, mystery, series, suspense, thriller