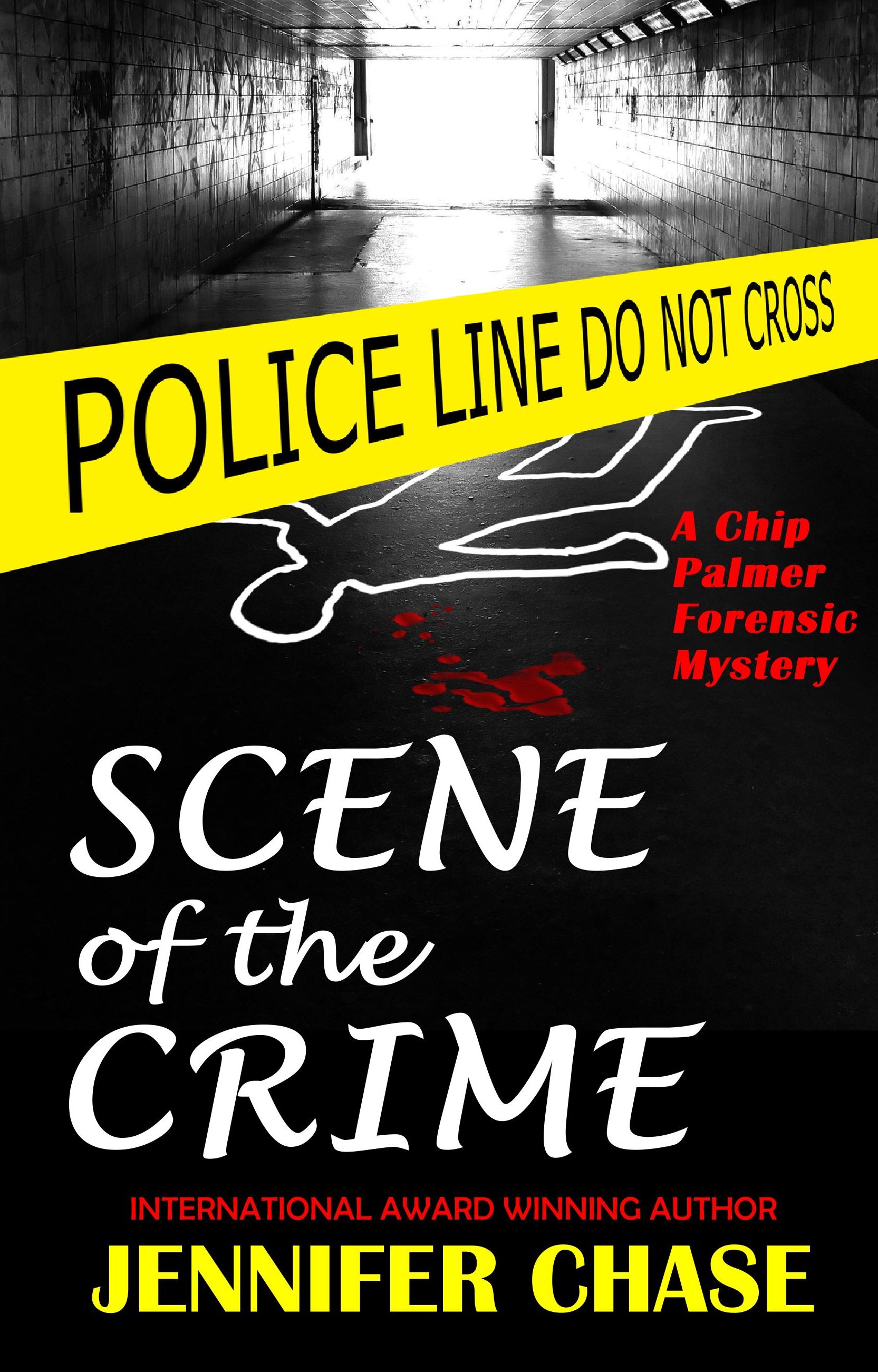 A calculating cold-blooded predator closes in…

When a community has barely recovered from a ruthless serial killer six months earlier; now two more horrifying murders hit the radar again. It leaves police burdened with two of the most shockingly contaminated crime scenes ever documented in California’s law enforcement history. The Slayer works behind the scenes as a sinister puppet master, precisely pulling the strings, taunting the police without leaving any viable evidence, and orchestrating his killer hit squads.

The sheriff and district attorney bring in the best investigators. Reunited again, Dr. Chip Palmer, a reclusive forensic expert, joins DA Inspector Kate Rawlins to sort through the crime scene aftermath in search of the truth—all without a probable suspect or a solid motive. Complicating the investigation—sparks reignite between the two.

Ratcheting up the suspense, Chip suffers a nasty fall hitting his head, impairing his perception and giving him a mind-blowing ability for specific detailed recall. Palmer and Rawlins assemble an unusual team including a rookie detective, a forensic supervisor, and an ex-military operative turned bodyguard. After one of their own is kidnapped and the investigation is taken over by the FBI, the now rogue team must pull together their own resources—alone—with a killer waiting to take each one of them out. Scene of the Crime takes no prisoners and leaves everyone fighting to stay alive.

Buy Scene of the Crime Here 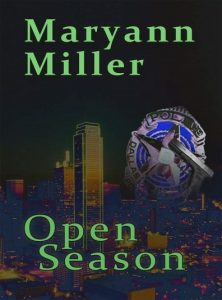 From the award-winning author, Maryann Miller, comes the first book in a critically-acclaimed mystery series. Embroiled in a serial murder case, Dallas homicide detectives Sarah Kingsly and Angel Johnson come to terms with public and personal racial unrest as they track a serial killer and try to make a partnership work. Think “Lethal Weapon” set in Dallas with female leads.

“Readers will want to see more of these engaging female cops.” Publisher’s Weekly

“Try this debut mystery by a journalist for its open treatment of current urban problems, clean prose, and realistic depiction of women working together. For readers who enjoy Robin Burcell and fans of police procedurals.” Library Journal

END_OF_DOCUMENT_TOKEN_TO_BE_REPLACED 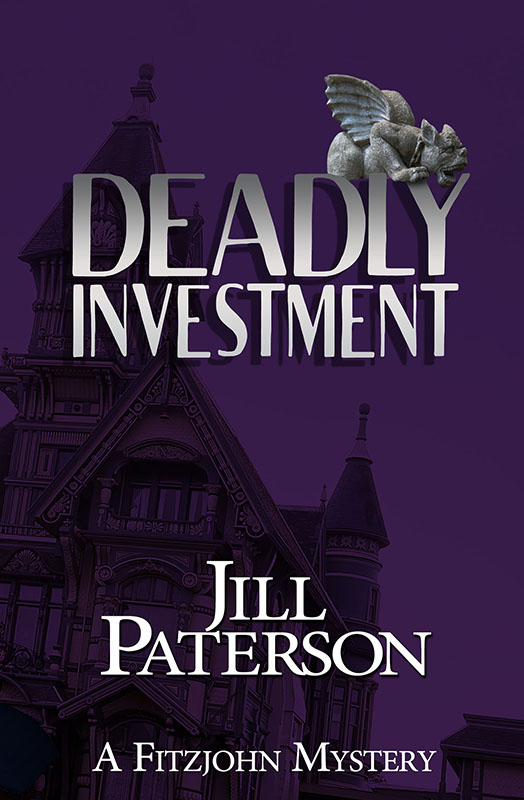 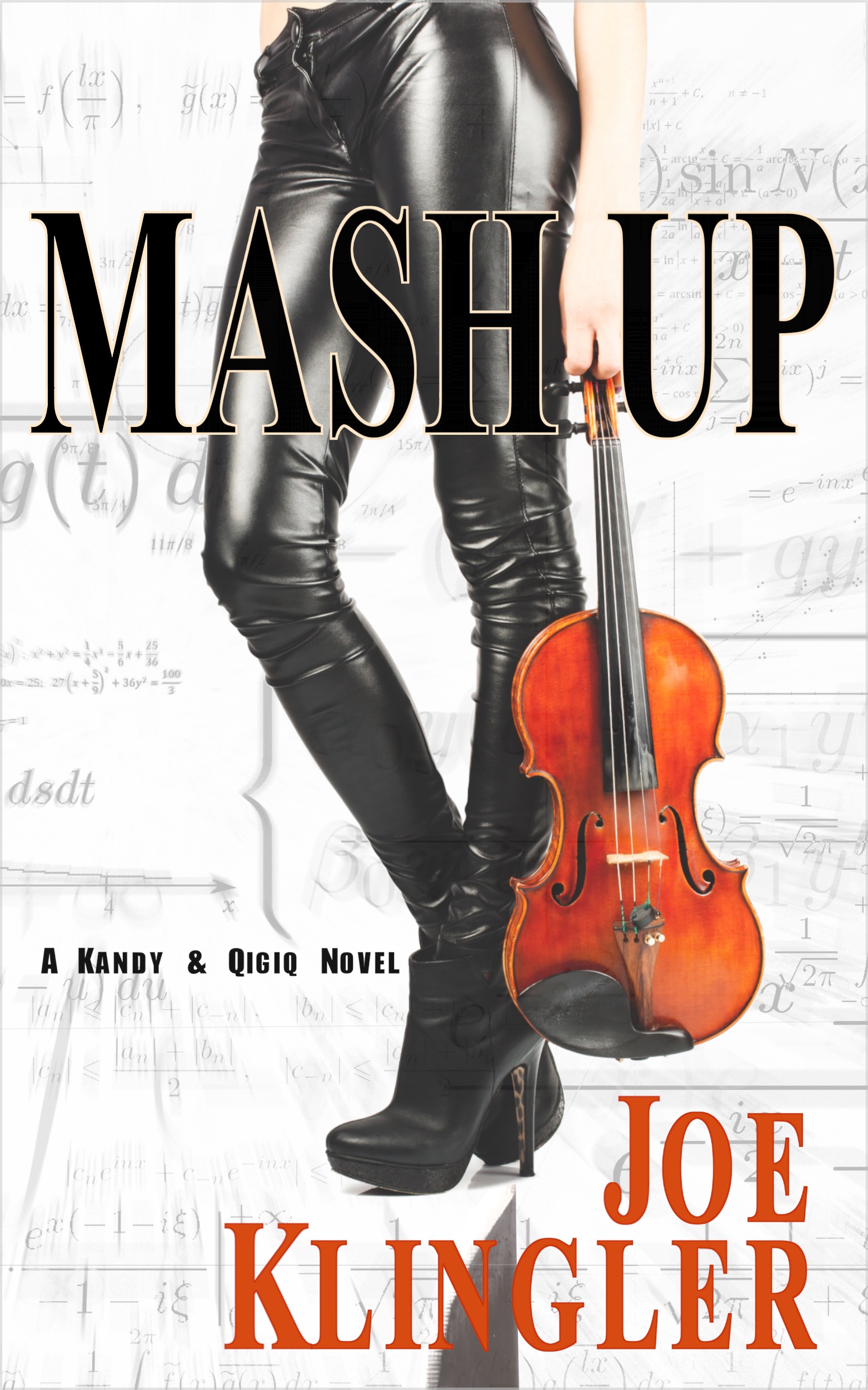 Disturbed by the death of a suspect in a recent case, Qigiq— Fairbanks detective and master knifeman—heads south to partner with action-loving Kandy Dreeson of the SFPD. Their first case immerses them in the most complex cyber-crime of the decade when missing college musician appears on YouTube.
“A thoughtful, well-constructed tale.”–Kirkus Reviews 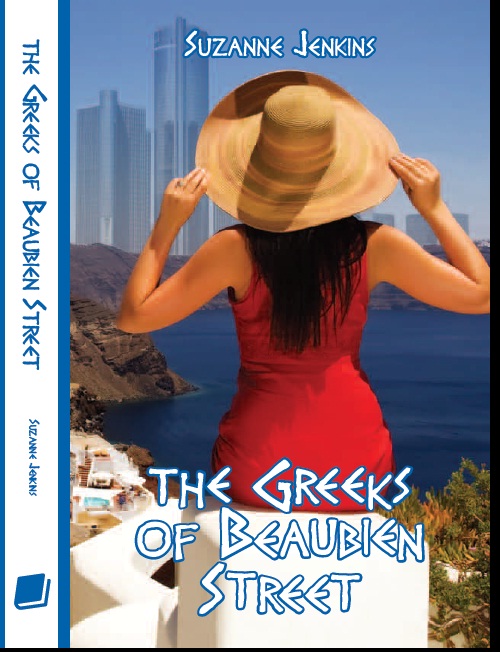 Nestled below the skyline of Detroit you’ll find Greektown, a few short blocks of colorful bliss, warm people and Greek food. In spite of growing up immersed in the safety of her family and their rich culture, Jill Zannos doesn’t fit in. A Detroit homicide detective, she manages to keep one foot planted firmly in the traditions started by her grandparents, while the other navigates the most devastated neighborhoods in the city she can’t help but love. She is a no nonsense workaholic with no girlfriends, an odd boyfriend who refuses to grow up, and an uncanny intuition, inherited from her mystic grandmother, that acts as her secret weapon to crime solving success. Her story winds around tales of her family and their secret laden history, while she investigates the most despicable murder of her career.

Jill’s father, Gus still lives above the family grocery store. She goes there for breakfast each day, the familiar surroundings and loving attention of her gentle, doting father are in contrast to the awful details of her job. The family meal following her cousin’s wife’s funeral is the setting for a revelation that changes the way Jill and the rest of the family respond to each other from then on.

While the family drama unfolds, Jill and her partner, Albert Wong investigates the murder and torture of Gretchen Parker, a young girl from Dearborn whose naked body was found on the streets of Detroit.

After the case is solved, Jill decides to take a weekend trip to the family vacation house on Lake Michigan where a series of events change the direction of her life.

The Greeks of Beaubien Street is a modern tale of a family grounded in old world, sometimes archaic, tradition, as they seek acceptance in American society. They could be any nationality, but they are Greek.

The series continues with The Princess of Greektown, Christmas in Greektown and A Greektown Wedding.

What Inspired You to Write Your Book?
In the preface of his wonderful book, My Detroit, Growing up Greek and American in Motor City (Pella Publishing Company, NY, NY, 2006), author Dan Georgakas writes, “…the Greeks who emigrated to America thought their citizenship would change, but not their basic culture. Somehow they would remain Greek, and their children’s children….” I remember, as a young girl, being enthralled with anything that even hinted of Greek. My immediate family was Americanized. But, my grandmother, who I called Bunny, only spoke Greek to her father, my Papou, and to her sisters when my mother and the other non-Greek relatives were present. Bunny worked at keeping the family together. She bought a large, ancient farmhouse in Saugatuck, Michigan and spent a year getting it ready for the extended family to enjoy. We drove in from Dearborn on Friday night and relatives from all over Michigan and the Chicago area would converge. Before the farmhouse existed, I would accompany my grandmother and her friend, Shirley, to spend the weekends with my Papou. He was a well-known poet in his time. The memories of those years are powerfully influential and can still overwhelm my senses; my husband and I moved from New Jersey to live here after our children were grown and I feel close to my Papou as I write in my office, overlooking the woods of West Michigan.

While other Greek families worshiped together, our family ate. I remember my Aunt Zoola making the most phenomenal lamb roasts. The peeled potatoes were baked right in the juices of the lamb and had a leathery exterior, with a fluffy interior. We still talk about how wonderful they were. My father cooked Greek food on the weekends. The times I went with him to the Eastern Market for supplies are moments I hold precious. There was nothing more delicious than my dad’s Greek salad with fresh baked bread from Greektown. After Bunny died, most of our relatives moved to California. The older he got, the more my dad tried to revive some of the traditions that connected the family with our Greek roots. On occasion, Greek friends would come to the house. With these visits, I think it became even more important for him to hang on to some of the Greek ways. For our family, since we didn’t go to the Orthodox Church, that meant Greek food and Greektown. All of the recipes you’ll find in the book are those I learned by watching my parents.

The Greeks of Beaubien Street is a work of fiction. I wanted the family to be more Greek than ours was, so I had to embellish what I knew from growing up in our acclimated home. I realized, just as I was writing this preface, that many situations in the book are the polar opposite of those of my family. Yiayia Eleni in this story is critical and stern. My grandmother was so loving and kind. Although she was known to chase an errant child around the neighborhood with a switch, she never struck me. One of the last things my own mother said to me the day before she died was that I reminded her of Bunny, something I will treasure forever. However, like Jill, I have a “special needs” sibling. In our youth, we referred to her as “mentally retarded”, a term which is now distasteful to most. My parents were pioneers during that time; they brought her home from the hospital and she was mainstreamed into our community. Now in her late fifties, people from the old neighborhood still remember her and ask how she is. My Greek relatives loved her and showered her with affection. The shame and secretiveness embedded in my characters’ responses is foreign to us, thankfully.

I have not been to Dearborn or Detroit in over thirty years. The Detroit in the story is a conglomeration of the city of my childhood (when our mothers felt it was safe for twelve year-olds to take the bus in for shopping) and post-riot Detroit. Although I mention the riots and some of the desecration of the city, I do so only to keep a semblance of contemporary verisimilitude, not to malign.

My memories of Greektown are sketchy, so I relied on aunts and uncles to fill me in on some of the trivia, like the story of the parrot who spoke Greek. My aunt remembers the parrot vividly from visits to Greektown with her father in the late 1940’s. Dan Georgakas also mentions the parrot. For a firsthand view of Greektown, I highly recommend his book. Everything else is a product of my imagination.