An Idaho farmer who aches for absolution after a tragedy is given one more chance at redemption. Two runaways cross paths in a Tennessee bus station with only one ticket between them. A family sees looters racing toward their home as they escape an Oregon wildfire. A young couple takes a reckless turn off a state highway in Utah and find themselves in a nightmarish government biohazard area.

These and 46 more shorts make up an anthology that will surprise readers with each new thought-provoking story as they skip effortlessly across different genres, moods, and states of mind. Together, they provide a character-driven sampling of the American experience over the last 60 years — the kind and the cruel, the heroic and criminal — in unpredictable and exciting ways.

50 States is a debut collection of short stories that captures the human condition and reveals how perception shapes destiny. The book spans several literary genres with each short story set in a different state across America. It is soon to be released as an audiobook, narrated by a 5-time Emmy winner.

END_OF_DOCUMENT_TOKEN_TO_BE_REPLACED

The Man of Her Dreams by Dee S Knight

Cassandra Hudson has traveled across country to a small town in South Carolina to find a tall man with deep, blue eyes that she’s only met in her dreams. She “sees” that he’s in danger and wants to stop him from a possible death. But more than that, she’s desperate to solve a mystery that involves her husband who has been dead for over two years. Too bad for her, her dream man wants to solve the mysteries of her body more than help her find a solution to her problem.

When Dan Morgan stops to help a beautiful woman on the side of the road outside his hometown, he doesn’t realize that she will drag him into the world of the paranormal in an effort to find out what happened to her husband and the half million dollars he was accused of stealing. What he does realize is the strong attraction he feels for her, despite his distrust of anything mystical, and the undeniable power she holds over him using her sexy body as a lure.

Love—if they can capture it—will make it both easier and harder for them to find the answers they need.

END_OF_DOCUMENT_TOKEN_TO_BE_REPLACED

The Creators by Rick Moskovitz

A teenaged Natasha Takana seeks to decode the remainder of the hidden DNA code that became the basis for a new religion reviving Creationism in A Stand-in for Dying. Her quest takes her on a voyage to a parallel dimension to learn the fate of the Creators’ civilization. In the course of successive visits to their watery world, she finds herself transformed, a bridge between our world and theirs.

The conflict between Ganymede and Mandala, the warring factions of Brink of Life is rekindled, sweeping Natasha into the middle of it in a pursuit that crosses the boundaries of worlds and time.

END_OF_DOCUMENT_TOKEN_TO_BE_REPLACED

The Secret Order of the Orchid by Randle Crews

In eighteenth-century France, the mysterious death of one of the clergies is soon followed by the disappearance of another. It quickly becomes apparent that something sinister has invaded their monastery, and only a former cleric from Avignon can solve the mystery of the missing monks. Shortly into his investigation, he discovers that the truth behind the sudden tragic events is much more diabolical than he could have ever imagined.

END_OF_DOCUMENT_TOKEN_TO_BE_REPLACED 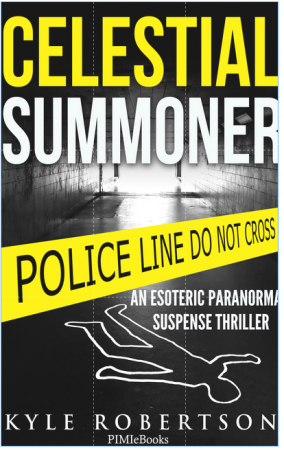 Death has gripped the throat of middle America

Random people are being heinously murdered, with the bodies displayed in the most horrific way.
Detective John Chandless is a thick-skinned officer from New York who had apprehended the most depraved men in the barrios. Perhaps he had underestimated the the evil in the heart of the country. Kansas shouldn’t be so harsh compared to the City, but murder has no favorite state. How could this veteran detective be stumped?

partner, Simin Khouri, was a “unique” detective to say the least. She used psychic profilers to solve her cases. Although her conviction rate was just as good as anyone else’s, John didn’t believe in her “hocus-pocus” techniques. He worked with facts until this troubling case didn’t provide any. What do you do when there is no evidence? He grudgingly asked Simin for assistance, and she was glad to give it.

Simon introduced him to Anezka Kranz, her Czech psychic profiler. Could this sweet, simple woman help his case? Although John had investigated the most perplexing cases for 17 years, Anezka showed him another way to find his predator — celestially.

Celestial Summoner: An Esoteric Paranormal Suspense Thriller Is filled with dark excitement, and begins with a whodunit situation that can only be resolved with the help of a Czechoslovakian with an ethereal gift.

ACT NOW! Join the hunt for the bloodthirsty monster behind the killings in Kansas. Scroll to the top of this page and click that orange BUY button. Then, step into the danger and romance of this captivating detective thriller.

SEVEN-X is a bone-chilling exploration into the root of evil within us.

Freelance Investigative Reporter Eddie Hansen gets a tip on a missing death row prisoner, Annette Dobson, known as “The SIDS Killer.” Eddie adamantly believes Dobson’s execution was staged and that she was secretly shipped to a Behavioral Health Center in a remote location outside the small town of Dell City, Texas.

With the opportunity to break the story, Eddie voluntarily commits himself into the asylum. His journals, video diary and recordings leave a trail of breadcrumbs into a series of radical experimental procedures conducted on patients without their consent.

With proof that this vicious serial killer is alive, records of her forced exorcism and the impending birth of the child the world believes is dead, Eddie has the big story that will redeem his life and career.

But as Eddie dives deeper into his investigation, he is forced to confront his own demons, becoming an unwilling participant in the asylum’s paranormal rehabilitation experiment.

This is the first novel in the SEVEN-X Series.

END_OF_DOCUMENT_TOKEN_TO_BE_REPLACED 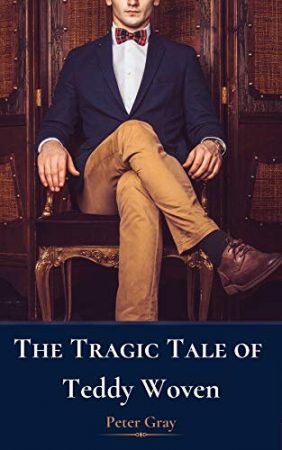 Sela is assigned to be a private gardener for Theodore “Teddy” Woven’s ancestral home. The young gardener soon finds her presence unwelcome as she slowly uncovers the truth about his family’s past. The greatest mystery of all lies not in the house, but with its owner.

Jonah died twice in the same horrible accident that killed his wife. The heroic medical staff revived him both times. Jo discovered afterward he could see and speak with his dead wife. That wasn’t normal, so he coined the term normalish to describe his new reality.

Follow the twisted path Jo and Becca take here on the earth and in the astral planes above. Together, they battle with others to do the right thing to end the murderous reign of terror wrought by an ancient evil.