You are here: Home / Bargain Books Under $3 / Featured Book: The Seven-Day Resurrection by Chevron Ross 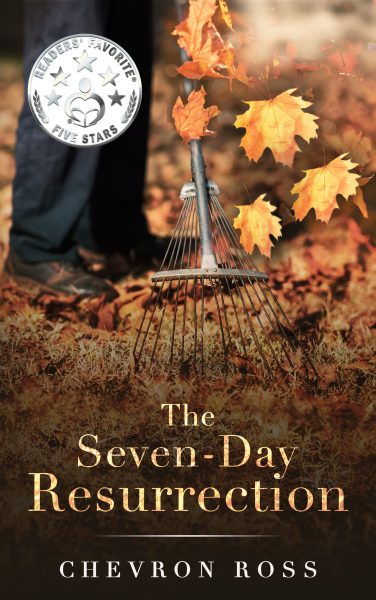 About Featured Book: The Seven-Day Resurrection by Chevron Ross

A failed novelist awakens one morning to find that his mother has come back to life, seven years after her funeral.

Len Holder thinks his mother is dead – until she reappears one morning in his living room.

And instead of her burial clothes, she’s wearing a Dallas Cowboys warmup suit.

At seventy-eight, Len considers himself a failure. He spent years taking care of Mom while his brother Joey became a famous sportscaster. Now he lives alone, tinkering with a novel he can’t seem to finish.

For a week, Len relives a strained relationship with Mom while other mysteries pile up. He keeps hearing fragments of Joey’s radio show. His sister reports disturbing phone calls. Strangers he meets look like people from his past. Another stranger has taken over his insurance office.

Then Len gets word that his beloved boss Miranda has been gravely injured in a car accident. Eventually, Miranda’s fate and a shocking secret from the past reveal that Sharon Holder’s resurrection is not what it seems to be.

The Seven-Day Resurrection is a must-read for anyone who has been thrust into the role of caregiver.

Sign up for our newsletter to find out about great mystery books. Once a month one subscriber will win one book from our site.
Filed Under: Bargain Books Under $3, Featured Books