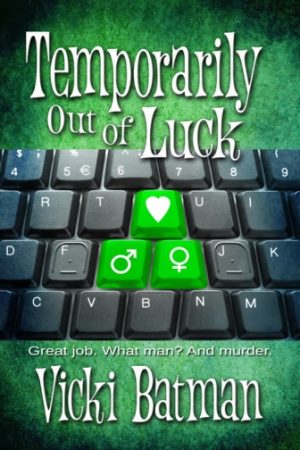 Great job. What man? And murder. Newly employed at Wedding Wonderland, Hattie Cooks is learning the industry from a woman she greatly admires. When her former brother-in-law is found dead in his luxury SUV, all fingers point to Hattie’s sister, who is planning her own I Dos.
Detective Allan Wellborn is caught between a rock and a hard place—Hattie’s family and investigating the murder of a well-connected Sommerville resident, the same loser who was once married to Hattie’s sister. Determining who’s the bad guy—or gal—isn’t going to be easy and sure to piss off someone.
Can Hattie beat the clock to find out who murdered Tracey’s ex before she is charged with the crime and her wedding is ruined?

Buy Temporarily Out of Luck Here