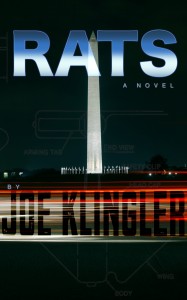 A masterfully crafted, intense, wild ride from Alaska to Washington to Vietnam with imagery and dialog that have the reader riveted to the page for the entire thrilling adventure.

Summer greets the land of the midnight sun as a lone rider races across the last American wilderness, delivering on a promise he made long ago. He has many names, but the world only knows a shadow called the Demon. Soon to be drawn into the Demon’s world, Claire Ferreti, an Army sniper, sips sake in Washington, DC with her lover, a young, ambitious General whose geosecurity specialty remains classified. When a boy finds a small machine, Claire embarks on a a black-ops mission that leads to a test of skill, a clash of ideologies, and her unconscious body lying in a typhoon-ravaged jungle. In that instant she becomes the hunted, the Demon’s tool for survival, and an unforeseen threat. As the General pursues them into a labyrinth of cyber-secrets, political necessity and financial reality collide like a fireball piercing steel.

Joe Klingler’s award winning techno-thriller is filled with fierce writing and fully fleshed out characters. It explodes from the remnants of a war long past to headlines of Washington secrets masquerading as corporate incompetence when two modern-day warriors face off. Both skilled at violence. And deception. Both accustomed to winning.

“RATS succeeds… it is a fun romp-and-motorcycle-ride through intrigue, explosions, action, betrayal, politics, and victory. The journalists’ story, especially, is an excellent, humorous counterpoint to the military action of the rest of the book. Non-military readers will thoroughly enjoy it. ” – San Francisco Book Review (4 Stars)

“A nuanced techno-thriller with both brains and brawn.” – Kirkus Reviews (Kirkus Recommended list)

END_OF_DOCUMENT_TOKEN_TO_BE_REPLACED

About Mistake Creek by Rachel Amphlett

” 5 stars – this book was highly addictive. A thrilling suspense/mystery novel that you’ll not want to put down until you reach the end” ~ Goodreads

When Nina O’Brien returns to the small town of Mistake Creek after ten years, she’s in a race against time to protect her father’s business from an incoming storm so it can be sold to pay for his urgent medical treatment.

As flood warnings echo over the radio and the storm breaks with enormous force across the tiny Californian community, Nina is joined by others seeking shelter from the onslaught.

Her life is changed forever when a stranger appears at her door, bloodied and incoherent.

With a ruthless killer exposed among the small group, Nina is thrust into a deadly conspiracy involving a military veteran seeking revenge and an FBI agent desperate to prevent a catastrophic terrorism threat.

Alone, with no means to raise the alarm, Nina realises that to save one man, she must learn to trust another. 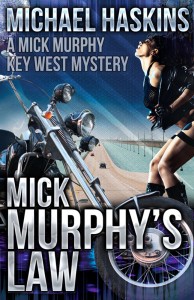 A pregnant woman friend of Mick Murphy’s is beaten to death. As shy lay dying Murphy promises to make the killer face justice. His pursuit takes him and his mismatched eclectic friends to the Ocala National Forest looking for a meth lab run by outlaw bikers. That brief, deadly encounter leads them to the Tit-4-Tat strip club in Dayton Beach where they run into a FBI/DEA/ATF stakeout and investigation. Cooperation is short lived and the Feds are not what they seem as Murphy and his friends head back to the forest and St. Johns River to get their man.

About DeathByte by DS Kane

When the plans to a new device that could change the course of world politics forever is stolen, every country goes looking. It’s going to be a free-for-all.

When someone breaks into William Wing’s Hong Kong apartment and steals the hard drives from his computer, it sets several intelligence services searching for the plans to a new device that could change the course of world politics forever.

Wing’s worst fears, that he might become hunted for what they think he knows, is the least of the issues at hand for his friend, Jon Sommers. Sommers will have to leave his deep cover assignment to help his friend, and he’ll need a team. The Mossad wants what Wing lost, and so do the Americans, the Chinese and the Brits. It’s going to be a fight to see who finds the plans first…

About Bloodridge by DS Kane

To find justice for those he loved, a man finds himself at the center of a dangerous global conspiracy…

When Jon Sommers finds out his fiancé Lisa Gabriel died in a terrorist bomb attack, he is visited by spymaster, Yigdal Ben-Levy, who throws Jon’s life into chaos, when he tells him that Lisa was not a fellow graduate student but a Mossad spy sent to bring him to Israel. Ben-Levy convinces Jon to seek justice for Lisa’s murder by joining Mossad and going after Tariq Houmaz, her killer.

Shortly after training, Jon’s entire new team is executed by the bomb maker, who murdered Lisa, and only Jon escapes the massacre. As he leaves the scene, Jon finds himself captured, threatened and turned into a double agent for MI-6. When his Mossad handler, Ben-Levy learns this, he wants Jon dead as an example to other Israeli coverts.

If being a hunted double agent isn’t enough, Jon comes across information in his spying for MI-6 that suggests Israel is in impending danger from Houmaz. To stop this catastrophe, Jon must put together his own team, one he can trust with his life. Can Jon bring justice to Lisa’s murderer, or will millions of lives be lost?

About Tourist Trapped by KJ Klemme

Chicago divorce attorney Amanda Sloane denies the existence of her sibling–until her half-sister, Rebecca, actually disappears in Mexico. When she joins in the quest to find Rebecca, Amanda comes up against a well-funded, merciless adversary. Will the Sloane sisters survive?

TOURIST TRAPPED
Book One in the Trapped trilogy

When Rebecca Adams vanishes while vacationing in Cancun, Amanda Sloane suspends her caseload and heads for the Yucatan. She drags along her associate, Chad Cooper, to assist.

Traipsing through tourist traps and scouring land and sea, they piece together Rebecca’s trek and, in the process, realize the disappearance isn’t accidental. Somebody wants Rebecca gone, but who and why?

As they search the Yucatan for leads, Amanda and Chad encounter death threats, dodge bullets and discover they can trust no one.

In the midst of digging up clues, Amanda uncovers old wounds she can no longer ignore. Family feuds, old secrets and new lies await her in paradise.

Is she tough enough? For the first time in her life, Amanda fears her fate.

About Dark Legends by Aaron Scott

FREE for Kindle Unlimited Users or only 0.99 until December 31

Seven encounters with death in various circumstances, stories that weave through the past, the present and the future.

Meet the oldest woman in the world, then a mysterious killer on a dark night in Milan, and next three boys who face some nasty surprises after recording the voices of the “departed”, because the dead should be left to rest in peace!

Sadistic on-line surveys, a police inspector who witnesses his own death, songs that conceal terrible omens and disturbing secrets hidden underneath an Italian school.

Seven stories, expertly written, that provoke heart-pounding fear in the best tradition of the classics of terror.

“…And if any reader can complete this series of stories and sleep without a light on, that would be a major surprise!” 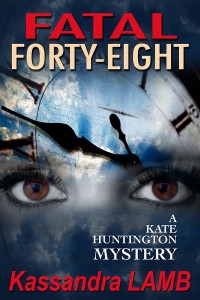 Celebration turns to nightmare when psychotherapist Kate Huntington’s guest of honor disappears en route to her own retirement party. Kate’s former boss, Sally Ford, has been kidnapped by a serial killer who holds his victims exactly forty-eight hours before killing them.

With time ticking away, the police allow Kate and her P.I. husband to help with the investigation. The FBI agents involved in the case have mixed reactions to the “civilian consultants.” The senior agent welcomes Kate’s assistance as he fine-tunes his psychological profile. His voluptuous, young partner is more by the book. She locks horns out in the field with Kate’s husband, while back at headquarters, misunderstandings abound.

But they can ill afford these distractions. Sally’s time is about to expire.

(This book is part of a series but is designed to be read and enjoyed as a stand-alone novel.)

What Inspired You to Write Your Book?
I wanted to raise consciousness about missing persons. I’ve never had a loved one go missing, but I can imagine what a nightmare that would be, especially if there are no obvious signs of foul play. Then it can be very difficult to get the authorities to take the situation seriously.

END_OF_DOCUMENT_TOKEN_TO_BE_REPLACED

About Complicated Creatures Part One by Alexi Lawless

A hot new author has hit the scene, and you are not going to want to miss this book. Alexi Lawless, whose profile describes her as a “corporate runaway, novelist, wanderer, and bourbon drinker,” makes her debut with a book described by reviewers as “un-put-downable,” “alluring, suspenseful and compelling,” and “completely addictive.”

What happens when curiosity becomes obsession?

From author Alexi LAWLESS, the first part in a provocative romantic suspense series…

Luck is Jack Roman’s middle name— and Chicago is his Empire. He lives to work, loves to play, and makes no commitments. But when the mysterious S. Wyatt moves into the adjoining penthouse, he’s immediately drawn to her, a striking, elusive woman who transitions seamlessly from wood-paneled board rooms to high-stakes, high-risk rescue operations in the most dangerous parts of the world.

Intrigued by her self-possession, aroused by her incredible passion, and disarmed by a vulnerability she cannot hide, Jack pursues her into the nexus of her dangerous present and her enigmatic past. An entire world is revealed to Jack, where living for pleasure becomes fighting for survival. And the only woman he wants may be the one he cannot have…

Do you really want to know everything about the one you love?