About Murder in Calico Gold by Dianne Harman

Seven time ‘Amazon All Star Author’ comes out with another book in the best selling Cedar Bay Cozy Mystery Series.

Kelly and her husband, Sheriff Mike, take a trip to the small town of Calico Gold, California, after his elderly Aunt Agnes calls and tells him she needs his help and expertise.

The day after Mike finds out Aunt Agnes has made him the sole beneficiary of her large estate, including the Robertson Ranch and the beautiful Queen Anne house on it, she’s murdered.

Aunt Agnes was revered by many of the town residents, but she had her enemies as well. The list of suspects includes a local judge, a real estate developer, a nearby rancher next whose cattle desperately need water from Aunt Agnes’ property, a Vietnam vet who’s recently been evicted from the shack on her property, Mike’s newly discovered cousin, and Sheriff Mike himself, since he has the most to gain from her death.

Join Kelly, Mike, and their dogs Rebel and Lady, as they work to clear Mike’s name and bring the murderer to justice.

An edge-of-your-seat page-turner with a Twist!

Two years after their marriage, Jim Culback wasn’t the man Clare thought he was. How many more broken promises could she accept? After packing and moving everything they owned from Ohio to Naples, Florida, she actually thought their marriage would improve. But as time went by, she couldn’t take the beatings, lies or cheating any longer. But could her husband be capable of homicide? Is Jim responsible for the murders of two women? A detective from Chicago is put on the case to help solve the murders and has an encounter with Clare. What develops between them? Can Clare trust another man? Or does Jim have other plans for Clare?

PI Fina Fitzgibbons hunts for Whiskey Parnell, a missing single mom. The search takes Fina and her friends to Dumbo, Carroll Gardens, Coney Island, and Brighton Beach. But a vicious surprise awaits as the final piece of the puzzle comes crashing down.

About Deadly Lies by Chris Patchell

“Chris Patchell’s debut novel, DEADLY LIES, is a taut, fast-paced thriller that grabs you from the start and doesn’t let go. Patchell is a master storyteller with a real talent for creating pulse-pounding suspense.” ~ Kevin O’Brien, New York Times Bestselling Author of TELL ME YOU’RE SORRY

As a teenager, Jill Shannon fell victim to her stepfather’s cruel abuse. Now as an adult, Jill’s made it – she has a successful career and a solid, if not static, marriage to Detective Alex Shannon. Together they live out what seems to be a perfect life in Seattle.

The vow she made as a teenager to never again be a victim lies dormant – until one day a reporter lures her to his hotel room under the pretense of an interview – and suddenly all of it comes rushing back. Jill seeks revenge on the reporter, triggering a series of events that leads Jill down a wormhole of retribution, forcing her to spin an ever-widening web of lies.

Meanwhile, Alex is pulled into a case of a series of murders that began as cyber relationships. There seems to be a familiar fingerprint on these crimes, but Alex refuses to believe the murderer could be someone close to him. 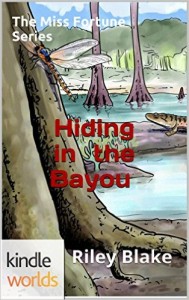 CIA assassin Fortune Redding is frustrated after she witnesses a murder, but frustration soon leads to determination when Deputy Carter LeBlanc is arrested thanks to an unwarranted accusation. Convinced Carter didn’t commit the crime, Fortune turns to Ida Belle for help.

In the meantime, Gertie tries a dangerous stunt and lands in the hospital. While there, she takes time to piece together a murder clearly executed by amateurs but the motive isn’t what it seems.

Buy Hiding in the Bayou Here

About Trip-Up by Greg Coppin

When young beautiful women are mysteriously murdered on the streets of 1960s Clerkenwell, roguish D.I. Ted Adlow takes on the case and is drawn deep into London’s colourful underbelly. What he and his team begin to uncover soon echoes an earlier, infamous time for the capital. A time when fear stalked London’s streets. Now Adlow must dig deep into his own past to summon the strength and skill to defeat this lethal adversary and save innocent lives.

One of them being his own.

Trip-Up is an exhilarating London crime thriller laced with action, humour and suspense. 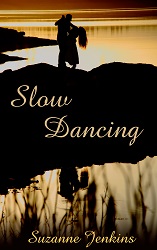 The aftermath surrounding a woman whose car breaks down in a small town when she takes a wrong turn. Margaret Fisher decides to stay, moving in to the home of the local auto mechanic with her young daughter Ellen.

Years later, after midnight a mysterious stranger appears at the edge of the woods and the peaceful life fifteen-year-old Ellen Fisher has with her beloved stepfather, Frank is turned upside down. Small town gossip, jealousy and murder strive to tear them apart in a tale of secrets and unrequited love.

About Murder Over Kodiak by Robin Barefield

Murder in the Alaskan Wilderness
Why would someone blow up a plane over Kodiak Island?

Research biologist Jane Marcus senses something bad has happened as she stands on the dock waiting for the overdue floatplane carrying Craig, her young research assistant. Craig has been on the other side of Kodiak Island digging clams that Jane plans to test for the presence of a toxin that may have caused the death of a woman on that side of the island. It is a beautiful day for flying, but the plane is an hour late, and when the head pilot for the air-charter company arrives at the dock to go in search of the missing plane, Jane accompanies him. The pilot assures Jane that the plane is probably stuck on the beach somewhere, but when they fly through a mountain pass, they spot pieces of the plane and debris scattered in a remote valley. Very little remains of the five passengers and the pilot, and investigators soon determine that the plane was blown apart in mid-air by a violent explosion from a bomb placed inside the cabin.
Jane grieves for Craig and feels responsible for sending him on the field trip instead of going herself. She is determined to find out who planted the explosive device that killed her assistant, but to find the murderer, she first must determine who the intended target of the bomb was. The passengers on the plane included a U.S. senator in the midst of a nasty re-election campaign and the senator’s husband, a corporate raider with no shortage of enemies. The FBI and Alaska State Troopers focus their investigation on the senator and her husband, but Jane knows that each of the other passengers, and even the young pilot, has at least one person in his life with the means and motive to blow up the airplane, and she convinces FBI Special Agent Nick Morgan to investigate these suspects as well.

Darren Myers, the owner of a salmon cannery was going through a bitter divorce, and his wife, Maryann, admits she is happy he is dead. Dick Simms, the wildlife refuge manager was threatened by renegade guide, George Wall, after Simms conducted a sting operation to catch Wall in the act of breaking several fish and game laws. Jane also learns that Wall served a prison sentence several years earlier when he was convicted of blowing up his girlfriend’s father’s truck. Bill Watson, the pilot of the ill-fated plane, had a girlfriend who was possessive and demanding and also has a violent streak. She once smashed in the windshield of Bill’s truck when he went out with his friends instead of spending time with her. Furthermore, she grew up in the wilderness and was heard talking about how she had enjoyed helping her dad use dynamite to excavate an area of their property. Jane’s many questions pull her into the center of the investigation, and soon her own life is threatened.

Since the clams Craig collected were blown up with the airplane, Jane must fly to the other side of Kodiak Island and repeat the collection. She is happy to head out into the wilderness and leave town and the threats on her life behind her, but is she flying away from danger or toward it? Will the mystery of who blew up the airplane follow her?

If you love mysteries and the excitement of the Alaskan wilderness, download your copy of Murder Over Kodiak today.

About Legend of War Creek by Randall Reneau

On August 18, 1882, Joe La Fleur discovered a gold-bearing quartz vein near the headwaters of War Creek, high in the Cascade Range of Washington State. Later the same day . . . he lost it. One hundred and thirty years later, geologist Trace Brandon re-discovers the vein, guarded by a skeleton with a flint arrowhead imbedded in a femur, and a carved wooden owl—admonitions not to desecrate hallowed ground.

Ignoring the warnings, Brandon stakes a number of mining claims and begins drilling—only to see two of his men murdered in a grisly, ritualistic manner. The situation soon goes from bad to worse when Brandon’s old nemesis, Mafia don Peter Pantelli, learns of the discovery and devises a ruthless plan to eliminate Brandon and take control of the mining claims.

Brandon is caught between forces he can’t comprehend and treachery he understands all too well . . .

About Murder and Brandy Boy by Dianne Harman

Liz Lucas, the owner of the Red Cedar Spa, hires an intern to help her prepare family style meals served to guests at the lodge. Only days before graduation, his car crashes over a cliff and into the ocean. Was it suicide or murder?

Liz, along with her trusty dog, Winston, sets out to find the killer. Was it the high school computer genius, Nerdy Birdie? Brent, who was going to Stanford on a football scholarship? Kaitlin, the quarterback’s girlfriend? Clamhammer, the gangster from San Francisco’s Chinatown? Or Nerdy’s mother, the president of the Women Whose Husbands Left Them Club?

Who would have thought Brandy Boy, the lovable but lazy St. Bernard who’s the mascot of the Red Cedar Spa, would become a nationally recognized hero?