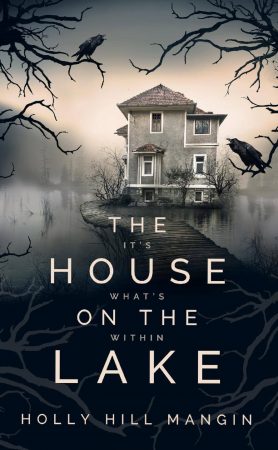 An island is the last place Eve Beckett ever thought she’d end up. Deathly afraid of water, she has no memory of arriving at the foreboding Lakeview Manor on the Isle of Esse. Her love for a good mystery, however, especially when it comes to strange houses and the paranormal, has her second-guessing her desire to leave.

But there’s something odd going on at Lakeview. Dark and dusty rooms shift location, and there’s a mysterious woman only Eve seems able to see . . .

When Eve’s mirror twin shows up, also with no memory of how she arrived on the island, and the manager of the property warns them away from his brother—one Eve has no wish to avoid—the number of mysteries surrounding Lakeview becomes too much. As she learns more about the manor and its inhabitants, the question becomes not just how, but if Eve will ever leave the island.

What Inspired You to Write Your Book?
I was going through a tough time in my life and questioning a lot about my decisions and those things that are out of my hands.