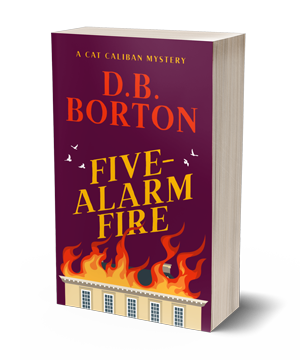 Everything heats up at menopause, even if you are an ace detective.

Crabby is how detective-in-training Cat Caliban has felt ever since menopause hit. Her friends think she can work off her aggressions pounding clay in a beginners’ pottery class. But someone has mistaken Cat’s pot for a blunt instrument and they’re firing something besides clay in the art center kiln. Now that things are really heating up, Cat’s murder investigation leads to a legendary lost collection of vases once owned by an equally legendary madam from Cincinnati’s bygone red-light district. Can Cat catch a killer before the past goes up in flames? 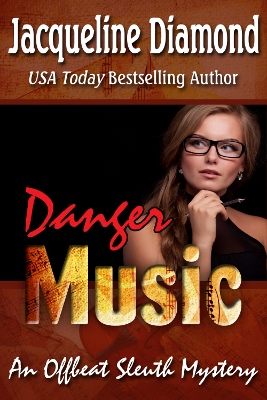 Her quirky assignment: solve a famous cold-case mystery for a magazine article. Then the killer reawakens.

Offbeat writer Kenny Rubin lands a freelance job to figure out who killed actress Melinda Rivers five years earlier. And she’s supposed to do it before the airing of a TV movie on the same subject.

Many of the people involved in the filming knew Melinda, and one might be the murderer. As Kenny investigates, people start dying around her. Will she be next?

She has another tough challenge: bipolar disorder makes her perceptions unreliable. Will she recognize the killer before she plays right into his hands?

What Inspired You to Write Your Book?
My experiences as a reporter and TV columnist for The Associated Press in Los Angeles provided a wealth of background for Danger Music. The choice of a heroine with bipolar disorder sprang from my relationship with a close friend who struggled with this condition.