You are here: Home / Bargain Books Under $3 / Featured Book: Choking on the Splinters by Jim Lively 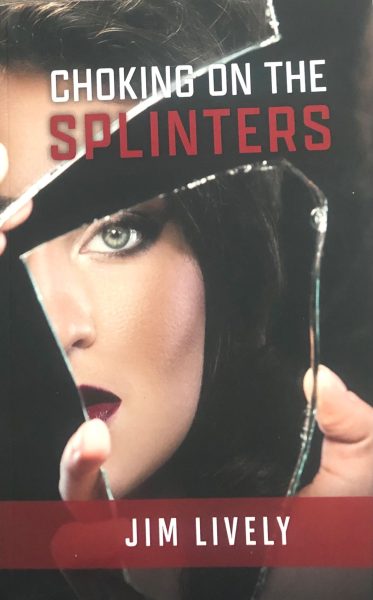 About Featured Book: Choking on the Splinters by Jim Lively

For a limited time, purchase the book on Kindle for $2.99
On his fifty-fifth birthday, Sanders was intent on making some dramatic life changes. He surmised that he was becoming too recluse. After the death of his wife, four years ago, his dates with women bordered on the sporadic.

The afternoon of his birthday, he spent researching dating sites. He was contacted by a quirky, mysterious and beautiful woman named Kat. She was a hospice worker who cared for patients at the last stage of their lives. Kat began showing up on her dates with Sanders sporting fine jewelry that she said were gifted to her by her dying patients. Sanders was smitten by Kat but began suspecting that she was stealing from those entrusted to her care.

Sanders, a retired attorney had transitioned to life as a visual artist. He recently purchased a building intent upon turning it into an artist studio and gallery.

Mysterious shady threatening characters keep showing up at his door. Based upon a clue received by the police, detectives showed up at his building and questioned Sanders about illegal drugs being trafficked from his address. He is dumbfounded and determine to have a grand opening for his art gallery.

A beautiful woman, Sara, conveniently appears at the gallery one day. She is in public relations and offers to promote the art gallery for a reduced fee. Sanders slowly starts to surmise that Sara’s interest in him, and the gallery is feigned for nefarious reasons.

Sign up for our newsletter to find out about great mystery books. Once a month one subscriber will win one book from our site.
Filed Under: Bargain Books Under $3, Featured Books, Thriller