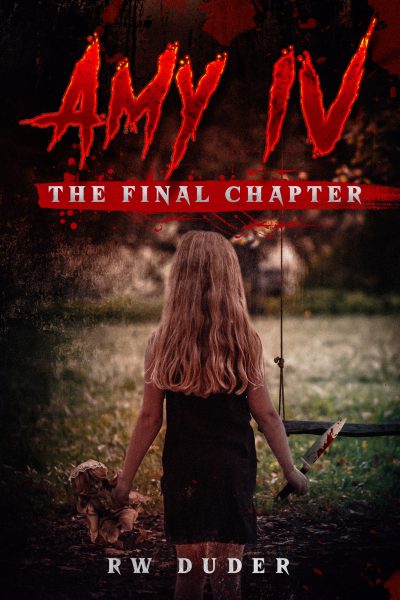 After escaping the detention center, following her mother’s death, Amy’s only family connection is with her estranged sister. With that in mind, she sets off on a killing spree of unprecedented size.

Riley Walker has discovered that she is the illegitimate daughter of the mass killer, David James Walker, also known as The Deathmask Killer. This also means she is the only living relative to Amy Walker, the zombified, unstoppable, undead killer that has slashed her way through countless victims. Believing everyone from that family was dead, she thought she was safe to proceed with life as a University of Chicago student. But when she starts to receive strange messages that her sister Amy could still be alive, she can’t believe it’s all real. Those close to her want her to know that Amy is very much alive and killing everyone in a path straight towards her.

The proof starts to appear in the form of bodies on campus. Can they stop Amy before a reign of terror starts at the university? Or is it already too late?

With dark forces seeking to use her and a small band of reluctant heroes gathering to stop her, Amy feels the walls closing in. Her last stand is now. Death stalks the university as Riley Walker tries to come to terms with her unreal past in this final chapter of terror and mayhem.

Sign up for our newsletter to find out about great mystery books. Once a month one subscriber will win one book from our site.
Filed Under: Bargain Books Under $3, Featured Books, Kindle Unlimited eBooks, Thriller