You are here: Home / Audiobooks / The God of the Hive: A Novel of Suspense Featuring Mary Russell and Sherlock Holmes

The God of the Hive: A Novel of Suspense Featuring Mary Russell and Sherlock Holmes

It began as a problem in one of Holmes’ beloved beehives, led to a murderous cult, and ended—or so they’d hoped—with a daring escape from a sacrificial altar. Instead, Mary Russell and her husband, Sherlock Holmes, have stirred the wrath and the limitless resources of those they’ve thwarted. Now they are separated and on the run, wanted by the police, and pursued across the Continent by a ruthless enemy with powerful connections.

Unstoppable together, Russell and Holmes will have to survive this time apart, maintaining tenuous contact only by means of coded messages and cryptic notes. With Holmes’ young granddaughter in her safekeeping, Russell will have to call on instincts she didn’t know she had. But has the couple already made a fatal mistake by separating, making themselves easier targets for the shadowy government agents sent to silence them?

From hidden rooms in London shops and rustic forest cabins to rickety planes over Scotland and boats on the frozen North Sea, Russell and Holmes work their way back to each other while uncovering answers to a mystery that will take both of them to solve. A hermit with a mysterious past and a beautiful young female doctor with a secret, a cruelly scarred flyer and an obsessed man of the cloth, Holmes’ brother, Mycroft, and an Intelligence agent who knows too much: Everyone Russell and Holmes meet could either speed their safe reunion or betray them to their enemies—in the most complex, shocking, and deeply personal case of their career.

Amazon.com ReviewLaurie R. King on The God of the Hive 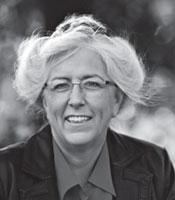 Basically, I have a low threshold for boredom. For a series writer this can be a dangerous thing, since any series is to some extent the same people doing things similar to what they did before. Over the years, I’ve gotten around this by alternating one series with another, and tossing in the occasional standalone.

But sometimes, I find myself writing the same characters that I did the previous year. Which is fine, I like my characters, and I can always find something for them to do. Even so, there is a faint air of threat in a second year with the same people, rather like having good friends to stay on an island retreat and having a really great time and wishing they could stay longer until the morning comes when they’re scheduled to take off and the bridge is out, and your boat sinks, and a storm comes up and pretty soon they’ve been there for a month and you begin to grumble and snap and wonder what the devil you ever saw in these parasites, and you eye the hatchet and the rat poison and…

Because I know that I have a low threshold for the same faces, whenever I have characters who look as if they’re going to stay on longer than I’d originally intended, I arrange things so that we don’t have a chance to get bored with each other. Little projects and changes of scenery help: plop the characters on a boat and send them to India, say, followed by something entirely different like San Francisco. And make the first one a spy thriller, and the second one more psychological suspense: hence The Game and Locked Rooms. Bring in a historical detective writer–Dashiell Hammett–and voila! No chance to wear on one another’s nerves!

Similarly, the team of players who come back from San Francisco onto ground that’s been worked before–how many times can one write an English Country House Mystery?–needs to have something unexpected thrown at them, and at the faithful reader. You think you know the characters? Well, how about a long-lost son for Sherlock Holmes–and if that’s not enough, maybe give him a granddaughter as well? Then for the following year, take the ingredients of The Language of Bees and change it from first person to multiple points of view, toss with a dash of modern espionage and a sprinkling of ancient British mythology, and pour them all out onto Westminster Bridge in the wee hours, and you have The God of the Hive.

And next year, when the third Russell & Holmes in a row comes out? I plan on–but no, let’s let that be a surprise. Let us just say, what they will do is sufficiently different from The God of the Hive that it will save them from the dangers of an author’s vengeful imagination: last time a writer got tired of Sherlock Holmes, it led to a dive off a high waterfall.

There are no reviews yet.

Be the first to review “The God of the Hive: A Novel of Suspense Featuring Mary Russell and Sherlock Holmes” Cancel reply