You are here: Home / Cat Sleuths / Petectives: Under FIre by Robert J. Smith 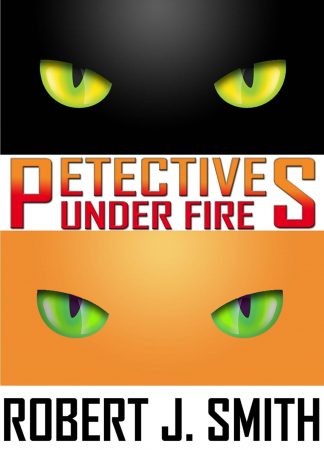 How Did You Come up With Your Characters?
The two lead characters are based on my wife's real life cats, Yoshi and Gatsby. Their fictional relationship references mystery teams such as Holmes and Watson, Wolfe and Goodwin or Poirot and Hastings.

Sign up for our newsletter to find out about great mystery books. Once a month one subscriber will win one book from our site.
Filed Under: Cat Sleuths Tagged With: cat detectives, CATS, catsleuths, cozy, fourthofjuly, mystery, Robert J. Smith. Petectives, yoshiandgatsby