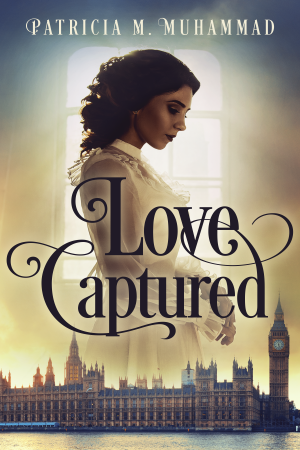 It is the 18th century. Emmeline’s mother dies after leaving her a clue about her possible future based on her biracial heritage. Emmeline abandons the wealthy estate in North Carolina. She stows away on a cargo brig set for England. A seaman, William escorts her to the shantytown of 18th century Liverpool. A rebellious aristocrat ventures to the unsavory neighborhood. He attempts to befriend her. She initially refuses. Emmeline seeks assistance from a benevolent society. After initial reluctance, Emmeline courts the marquis who eventually announces their engagement. His mother plots with Lady Edna to be rid of Emmeline. Emmeline still attempts to reveal the secret of her heritage while the marquis still seeks her hand in marriage. Duke John Harrison gives oath to protect and secure her. Someone close to him is trying to her his soon to be wife. The duke himself realizes that there is someone else protecting him and his fiance from the perpetrators, a surprise ally as well as a shocking revelation.

What Inspired You to Write Your Book?
Love Captured is one of the first books I have ever written. I was inspired by the concept of freedom and what I had previously known about its widely accepted notions of it as memorialized in early British case law. Romance, learning through challenges and learning where one's heart belongs are some themes that undergird several of my books. It is fascinating how most people may not step onto the path destined for them to ascertain their own manifestation of these concepts within their own lives. This is where envy plays an important role, where others seek to take the gift of mutual affection between two destined hearts and what they worked tirelessly to achieve together, this a likely result of their own lack of proper fortitude, selfishness and being of a wicked nature.

How Did You Come up With Your Characters?
Emmeline's background helped me formed who she was as an individual. It is akin as to what some assert for most of nature vs. nurture and what events and sort of environment people have been exposed to that contribute to who they will become as adults. Since Love Captured is set in the 18th century colonies during slavery, it was natural for me to include her multi-racial heritage. Her name was probably more difficult than how I would identify her reactions to others and her conflict which demonstrates aspects of her personality. She was shrouded in secrecy and this is how she initially interacts with everyone or her voyage and arrival in Liverpool. It is not until she meets Duke John Harrison, a rebellious courtier, that she begins to show more of who she is. This is due in part as her future and life depends upon it. In due time she realizes that both belong with him. John searches for something as well. He breaches protocol and the form of what is typical of a gentleman of his stature. However, his behaviour is not for ostentatious display. The duke yearns to define himself and in this journey, I learn to draw the lines and contours of his own path which give him the form of the man who sits before Emmeline.

Book Sample
Emmeline was a determined and precarious young lady who possessed the wits of a merchant and the soul of a free-spirited butterfly. It was in the deep hollows of the night in the swampy outskirts of southern North Carolina that she concealed herself behind old burlap sacks of wheat, barley, and cotton aligned like a garrison for storage during the off-season. She was patient for years waiting for that moment, the one moment where she could summon the strength to leave the creature comforts of the mansion. Emmeline bided her time until she saw nearly all the candles blown out by all on the estate. She shivered and became discontent with her own hesitation to escape from the misery of plantation living she witnessed most of her life. The people of the manor tried to shelter her, so much so it was nearly impossible for her to leave the mansion. She always had to be escorted onto the grounds and watched over. They never allowed her to go beyond the confines of the estate, even as an adolescent. How she maneuvered herself from the manor and onto the grounds during this eerily dark and starry night was a secret she swore no one else could know. Emmeline slowly walked from behind the stacks and with fingerless cotton gloves, pressed her right ear towards the shack's cool dampened wall. There was no sound, not even crickets chirping their mating calls. Servants had retired for the evening and slaves were incredulously exhausted from a day's labour that no ordinary human could withstand. She adjusted her position where both knees met the dusty floor and leaned as close as she could and peered through the crack of the wallboards. She was alone; there was no one in the abandoned shack to comfort her. Darkness, silence, and a few lightning bugs, but she knew that even they could not be the lit path for what she needed to accomplish. She crawled towards the squeaky door and as she kept it ajar she lowered herself to the ground in the hopes that if someone hears they would think it was only the howling wind that crept through the night air.
Emmeline walked with her back bent and removed her shoes and placed them in a small sac she kept in a crossbody satchel and hurriedly trampled over the dead leaves, rocks, and soft soil. It would be a long walk for her, but she traveled it often in the company of the lady of the estate. As she grew older, Emmeline began to feel like an accessory to the manor rather than a member of the family. This lone late-night trek along the same path was of her own conjuring and she hoped that it would be her solemn last.

Sign up for our newsletter to find out about great mystery books. Once a month one subscriber will win one book from our site.
Filed Under: Historical Tagged With: 18th century, duke, historical fiction, historical romance, historical romance books for adults, Love Captured, Patricia M. Muhammad, pmmuhammadbooks, romantic mystery