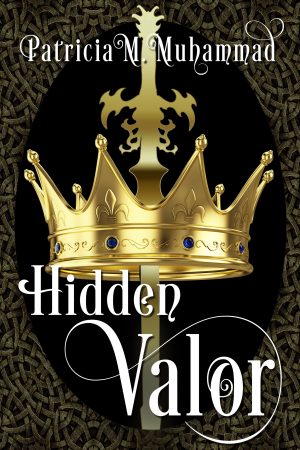 Duchess Arabella leaves the House of Wellington for the king’s court without notice or permission of her mother and father. Two murders occur in the royal palace. Duke Everett is accused amongst the courtiers. He pursues the duchess to take her hand in marriage. The Crown sequesters all of the king’s court to the royal grounds. The duke and duchess fall in love and are the first to be exonerated. They leave for the House of Carrington, only for the Crown to summon Duke Everett to serve as advisor. A third murder happens. The primary witness is Duke Everett’s unknown cousin. The duke seeks to advise the crown to finally resolve all the murders so that he and Arabella may be free to wed and remain as honourable members of the king’s court.

What Inspired You to Write Your Book?
After writing one historical romance mystery novel in England in atypical Liverpool, I wanted to try a different locale. This time I chose London, England. I enjoy characters who unwittingly act against the grain of certain norms. Yet, why they do this is usually for a noble cause and not for vainglory.

How Did You Come up With Your Characters?
The characters more than the setting actually. I noticed as I wrote one of the main characters, that her personality could be a bit onerous. Yet this was her defensive nature after being sequestered with a duke whom she becomes familiar. It is the duke who maintains consistent patience, who is the subject of much controversy. As I wrote his character, I realized that he would morph from being suspect in crimes he did not commit, to an novice investigator, to a trusted advisor of the king and queen and what this historical romance novel could never be; for Duke Everette to be the patient husband to the duchess that he haphazardly encountered at the beginning of the book.

Book Sample
The crystals clanked from the slight breeze seeping through her open window. As one touched another, their light reached her dampened, olive skin. She was bare, exposed to the king's court as an innocent, but presented as a disobedient child. Marriage could be the only manner in which she could reconcile her hasty actions. A marriage to a respectable noble was the minimum status she had to advocate for. The duke was just in his assumption. They had to protect the Crown's declaration of their presumed innocence. She was ready to get prepared as she exited the basin. A couple of the chandelier pieces loosened and descended, clashing against the hard surface. Their ground shards dispersing in whatever nearest direction their weight foretold of. Arabella stepped back and quickly adorned herself with an under gown and robe. She waited for any of the other crystals to seek her flesh, but no other broke free.

The duchess ran to the shared area, heartily knocking on the duke's interior door. He heard the clashes and was already standing on the other side. "What has happened to your quarters already!" He pulled her into his bedchambers by the nearest arm. Arabella clutched the vertical seams of her trailing robe.

"Take a seat, duchess. It could be unstable, old, and ragged from time. This palace is several centuries in age." Everett studied Arabella who still was modest despite her frantic state. He placed a throw over her lap. "We must be thankful that none beyond these walls have heard it. Too much commotion, even accidental would likely not bode well with the Crown."

"I was in the bath when it appeared some of the crystals from the chandelier loosened." She shook her head in disbelief and stared at the floor. "I heard no trampling above or in the corridor immediately beyond my chambers."

"No fault lies with me…" Her large eyes reached from comfort in the duke's. "You believe this was all indeed incidental?"

"My dear Arabella, no one could possibly-maybe I should be accurate in my speech. It is highly unlikely that one could reach this drastic height to-" Arabella felt no more reassured. Everett leaned over her. "We will tidy up in there. No one will know and then call upon a chambermaid to help you get dressed."

Sign up for our newsletter to find out about great mystery books. Once a month one subscriber will win one book from our site.
Filed Under: Historical Tagged With: 18th century