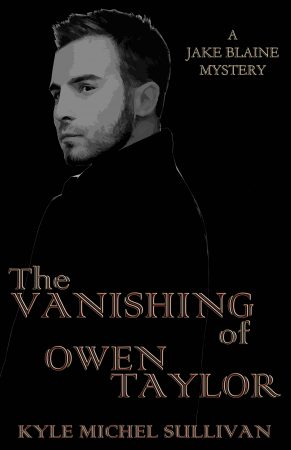 Was it murder? Suicide? Or did Owen Taylor disappear to avoid prosecution for rape? No one knew, and his one plea for help was a cryptic note sent to his nephew, Jacob Blaine … at his old address in Copenhagen.

Jake was not having an easy go of it, right then. He was stuck in Texas, his estranged mother was battling cancer, his dream job in Denmark wanted him to come back … NOW, and what was worse — his lover, Antony, was acting as if he wanted to end things between them. It was shredding him inside.

But Jake owed a lot to Uncle Owen, so he made a quick trip to Palm Springs to see what he could do … and found a city being torn apart by a religious organization named PSALMS. Owen had fought them with some success … however, his disappearance changed the whole dynamic.

The more Jake dug into what was going on, the more he found lies, deceit and treachery. Some very wealthy interests were revving up hate and distrust of the city’s gay population, and behind it all was a shadowy figure who would do everything possible to keep their true motives hidden.

Even if that meant making Jake vanish, as well.

This is a follow-up to Rape in Holding Cell 6.

Sign up for our newsletter to find out about great mystery books. Once a month one subscriber will win one book from our site.
Filed Under: Featured Books, Mystery/Suspense/Thriller Series Tagged With: amateur sleuth, Conspiracy, GAY, homophobia, Kyle Michel Sullivan, murder, mystery, Palm Springs, suspense