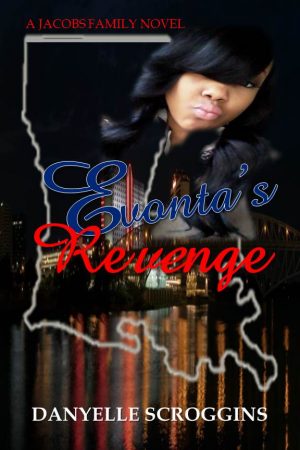 Evonta’s Revenge is the thrilling first installment of the Jacobs Family Novels, christian murder mysteries and suspense stories. “Vengeance is mine,” said the Lord, but Evonta is determined to help Him in all matters concerning her and the Jacobs family.
Moving by her own will and stopping at nothing to get those responsible for her twin brothers death, she becomes an unstoppable force that even the CIA cannot stop.
Even though some view her as an unmerciful killer, she believes in an all-powerful God who simply–needs her help to free the world from the likes of those who do not care about anything except, power and money.
After a trip back to a small town close to where she was raised, Evonta unravels the mystery surrounding Evan’s death. Evonta’s Revenge is full of turns, curves, and twist no one will ever expect and as she puts every piece to the puzzle in its perspective place, she’s falling in love with a hot undercover agent who absolutely adores her.
Who would have ever known that underneath the heart of vengeance, was a woman desiring love?
Her twin brother Evan’s death will expose more than just his killer, but a gift of life that is sure to cause the Jacobs family to feel whole again.
This amazing, riveting story set in Florida and Louisiana, and is sure to ignite your hunger for mystery, suspense, and solving unforeseen problems. It is a dose of girl power that will challenge your desire to do what is right, even though the urge to do wrong is present.

Sign up for our newsletter to find out about great mystery books. Once a month one subscriber will win one book from our site.
Filed Under: Featured Books, Mystery/Suspense/Thriller Series Tagged With: Christian Murder Mystery, Christian mystery, crime-fiction, Danyelle Scroggins, Mystery Suspense, suspense, women sleuths