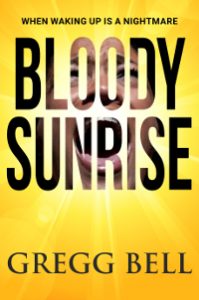 Book is bargain priced for today only!

Denny O’Callaghan is afraid to open his eyes.

He’d been out drinking last night with the guys, and his head throbs, his arms hurt, and he can’t remember what he’s done.

He opens his eyes. Blood. On his sheets. His pillowcase.

Then he gets a call: his ex-wife was murdered last night.

He desperately tries to piece together what happened. But he can’t explain how he got the scratches on his arms, the police want to know about the domestic violence report his ex filed against him, and his buddies say he was raging against her last night before he stormed off on his own.

Right about the time she was murdered.

Sign up for our newsletter to find out about great mystery books. Once a month one subscriber will win one book from our site.
Filed Under: Featured Books, Thriller Tagged With: chicago, crime, Gregg Bell, murder mystery, suspense, thriller