You are here: Home / British Detectives / Featured Book: A VIEW TO MURDER by Robert McNeill 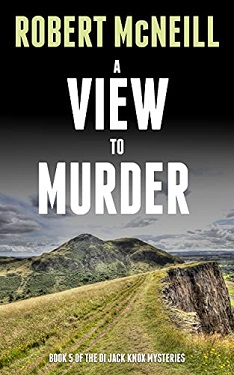 A mystery with a devilish sting

Cases come in thick and fast for the veteran crime solver…

A student meets an untimely demise when she falls from Salisbury Crags in Edinburgh’s Holyrood Park. Was she pushed?

Whilst DI Jack Knox is picking through the lies of the victim’s friends, he is called upon to help the narcotics division on the other side of the city.

A drug dealer is dead and the squad is setting up a deadly sting. But without Knox and the clout he has among the criminal fraternity, they’re unable to move against rival gangs.

But is all as it seems? Can Knox juggle the two inquiries and bring home the bacon?

A VIEW TO MURDER is the fifth book in this bestselling series by Robert McNeill. All these books are FREE with Kindle Unlimited and available in paperback.

The full list is as follows:
1. THE INNOCENT AND THE DEAD
2. MURDER AT FLOOD TIDE
3. DEAD OF NIGHT
4. NOUGHTS AND CROSSES
5. A VIEW TO MURDER

Buy A VIEW TO MURDER Here

Sign up for our newsletter to find out about great mystery books. Once a month one subscriber will win one book from our site.
Filed Under: British Detectives, Featured Books Tagged With: British crime fiction, detective fiction, robert mcneill, scottish crime