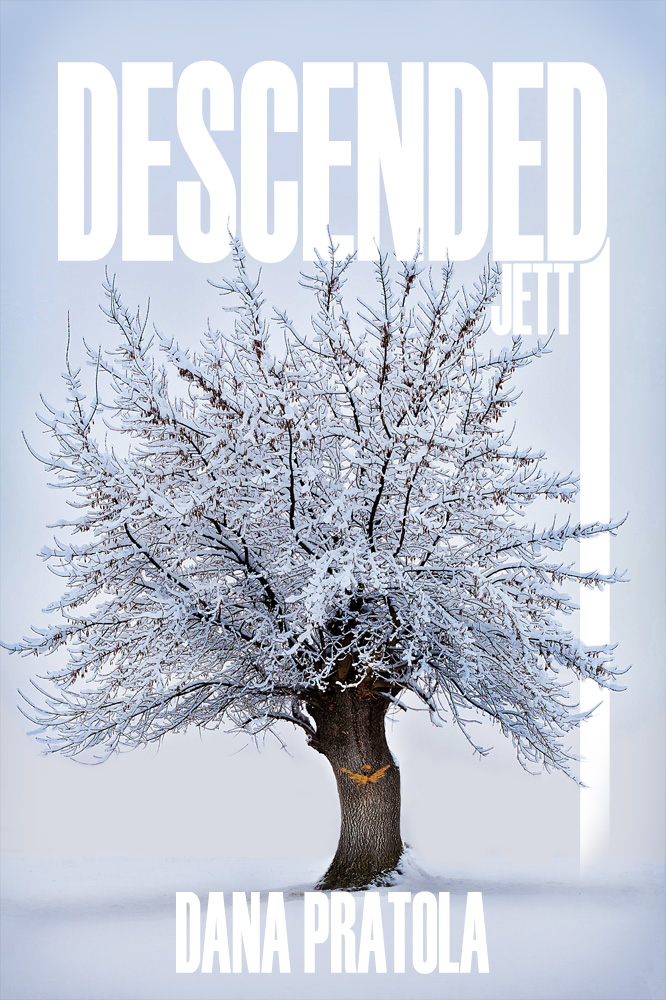 SOME SAY HE’S A CULT LEADER. OTHERS SAY HE’S NOT HUMAN. One thing is certain ~ Jett Cestone is an enigma with a disconcerting connection to the young women in his employ. When the reclusive billionaire takes an interest in Haven’s painting, she wants to believe it’s an answer to prayer, but what if her father is right? What if he’s dangerous?

Haven is the most interesting woman to ever cross Jett’s path. But being as naïve and pure as she is, he can’t have her learning what goes on in his home, or his connection to sex trafficking. That would be bad enough, but she would never accept him if she knew of his abilities, and that his life is much more paranormal than normal. He has to keep her at a distance, even though she’s living in his home. Too bad he wants her more than he’s wanted anyone or anything in his life.

What readers are saying about the Descended Series:
“Jane Eyre meets Batman!”
“Romantic Suspense at its finest.”
“Who doesn’t appreciate inspirational paranormal romance with angels and shapeshifters?”

What Inspired You to Write Your Book?
This book started off as a piece called Conversations with the Master. I thought it would be interesting to see what topics a woman would talk about with an enigmatic stranger she couldn't see. How intimate would she allow herself to get? How would she hold back, not knowing what he looked like, or what he was really capable of? From there it grew into a story of mystery, love, and self-sacrifice and I brought in three "brothers" (in other books) each with their own ambitions and powers, to help 🙂

END_OF_DOCUMENT_TOKEN_TO_BE_REPLACED

A dead body. An ex-cop. A small town full of dark secrets.

When Rolson McKane loses his job as a small-town cop, he resolves to drink the rest of his days away.

But the misery of his unemployment is short-lived.

When he finds a dead body in the woods across the road, the local yokels don’t much seem to care. McKane’s only choice is to investigate the murder himself, and his efforts are roadblocked by a local politician who seems to have something to hide.

He’ll have to solve the crime quickly, unless he wants to become the next victim. 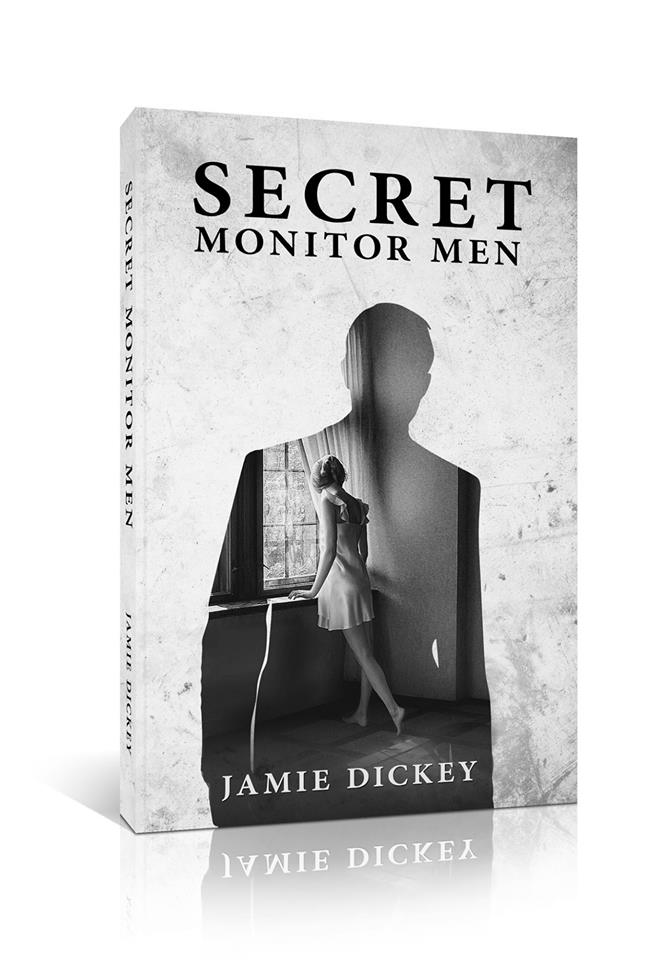 Skye Keller and cub reporter, Katie Pierce, begin an investigation into nocturnal crimes and strange goings-on, luring them into a secret world, where interlopers remain unwelcome. The naive girls soon find themselves out of their depth, immersed in an international conspiracy, where factions of a powerful organization are waging war for the right to control the secrets to space, time, and life itself. 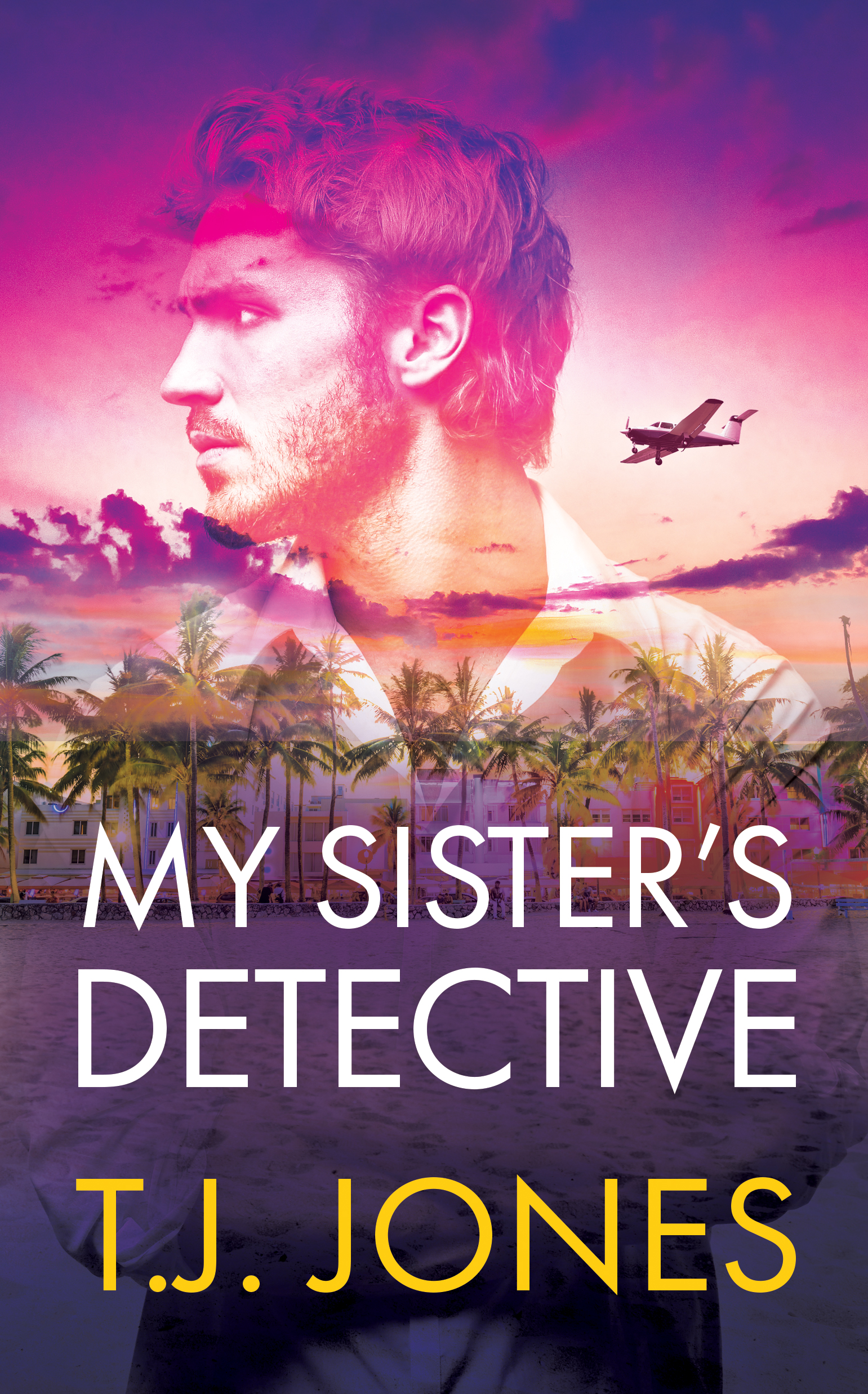 Eric Slater returns from the Navy to learn that an old friend may have been murdered. Angela Jeffries, the woman he’s always wanted, asks him to investigate, and her younger sister, Maggie, wants to help. Romance ensues. The pair follow a trail of clues to Miami, clues that may incriminate their dead friend in a heinous crime. As their feelings grow and the mystery deepens, they return home to some unexpected revelations and a mind-blowing conclusion.

What Inspired You to Write Your Book?
I wanted to write an entertaining story about two engaging people. Also, I wanted it to say something. Many of the characters in the book are flawed, but there is usually an underlying reason, which is eventually revealed. Do they deserve empathy? That's the question I leave up to the reader.

END_OF_DOCUMENT_TOKEN_TO_BE_REPLACED 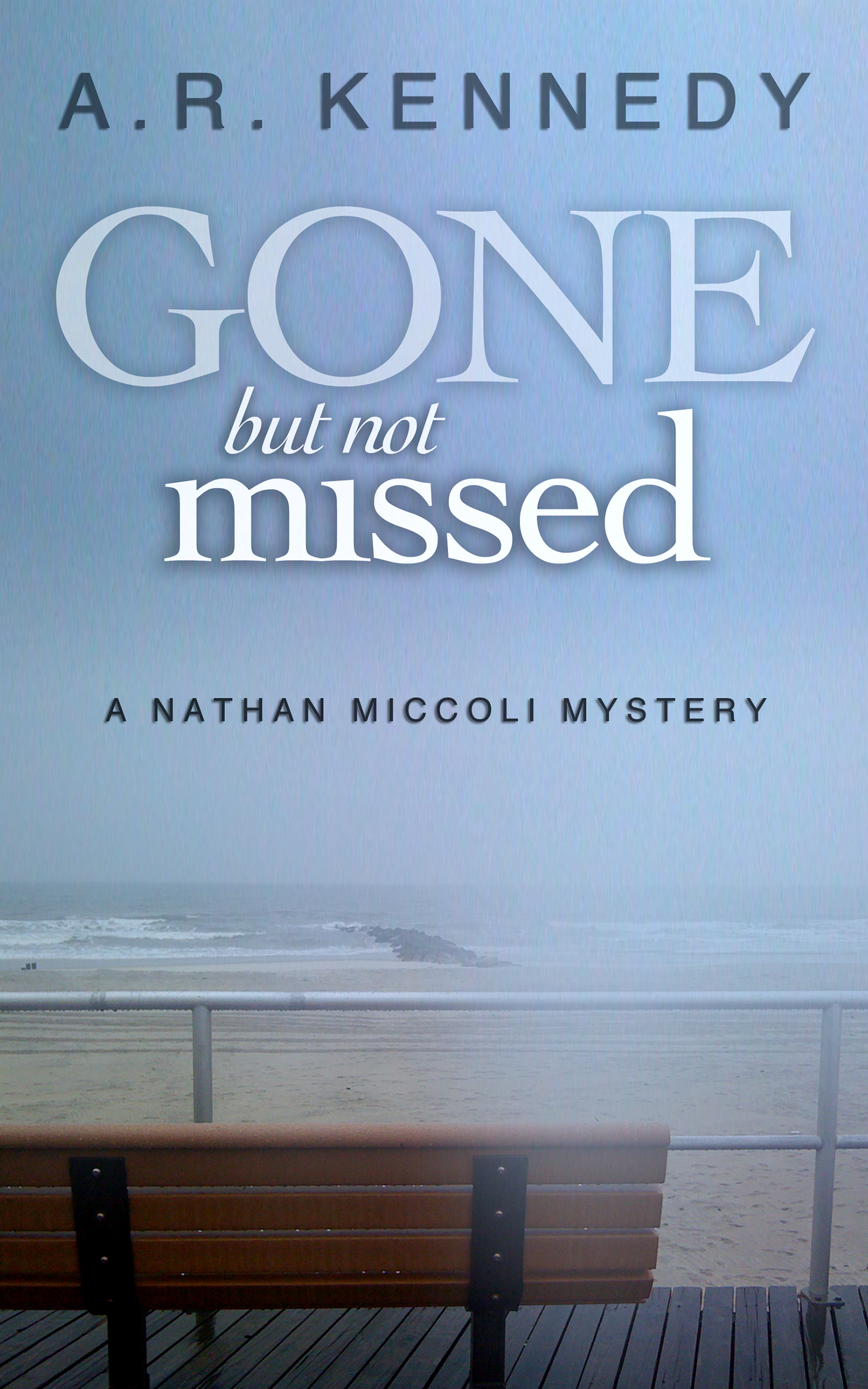 Lillian Brannon wakes up on Valentine’s Day in an exact replica of her bedroom but the only item that she believes is authentic is her dog, Laude. She is held captive in her kidnapper’s basement apartment, summoned upstairs once a week for a chaste dinner. But will his kindness last, and more importantly, why isn’t anyone looking for her? Lillian’s story is interwoven with that of Nathan, a NYPD officer, who is intrigued by Lillian’s disappearance- how can a young woman be gone for two weeks before a Missing Person Report is filed? Local police believe Lillian has voluntarily abandoned a life she didn’t like. Lillian’s best friend convinces Nathan the authorities are wrong. With no jurisdiction, no resources, and no witnesses, he is compelled by the pictures of Lillian with her sweet smile and sparkling green eyes to obsessively take up the case. Armed with Lillian’s keys and personal information, he spends hours, then days in her home trying to find clues that will lead him to her.

END_OF_DOCUMENT_TOKEN_TO_BE_REPLACED 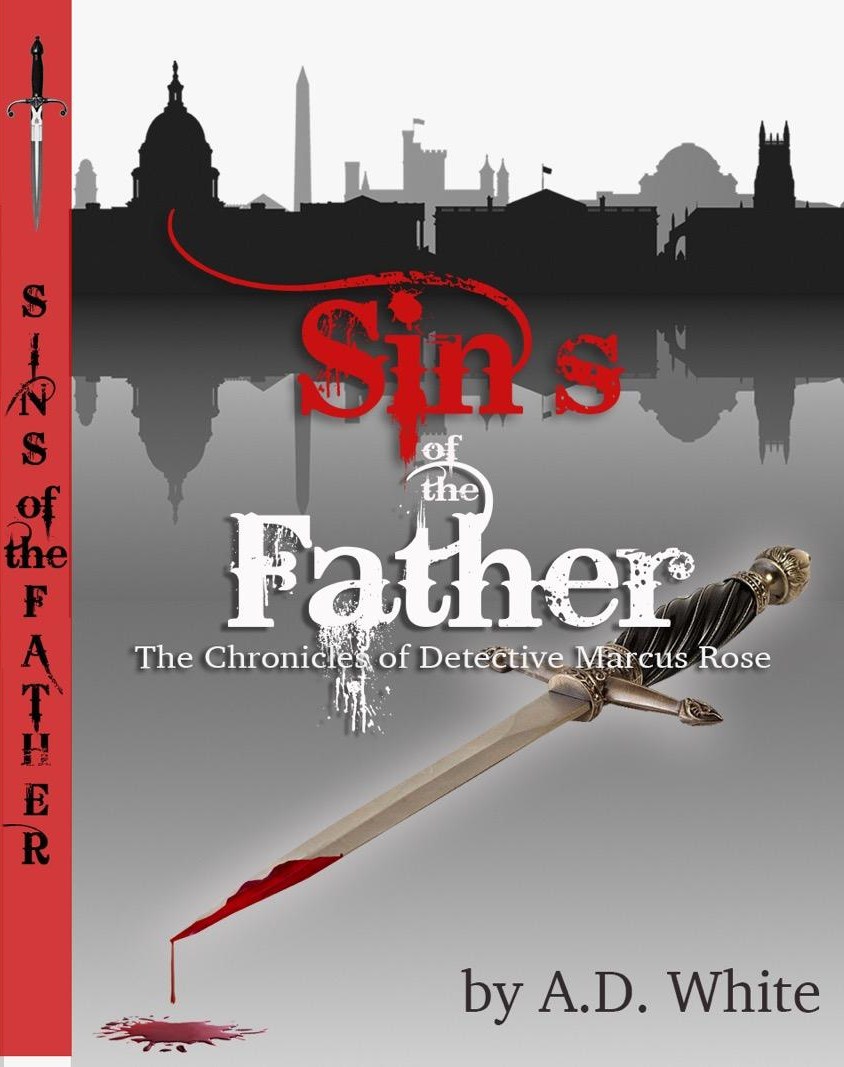 Detective Marcus Rose enters the emergency room on a stretcher in critical condition after someone has shot him three times. The story then jumps back four weeks to the murder case that ultimately leads to his shooting. Cops have found
25-year-old Sarah Murphy in her home with a fatal stab wound in her back and
through her heart. The number “347” is written in blood on a bathroom mirror. Two other recent killings, one in Virginia and the other in Maryland, have the same M.O., from the manner of death to the bloody number on a mirror. Marcus and his partner, Detective Logan Steele, lock onto a suspect quickly, even if they initially only connect him to two of the victims. As the local newspaper picks up the story and dubs the serial killer “the Boogey Man,” Marcus, believing there’s a chance they don’t have the right culprit yet, continues to investigate. Deciphering the cryptic numbers at the scenes may be the answer to solving the murders. In this story, the homicide unit’s new sergeant, Reginald Powell, offers comic relief, as his
intermittent mumbling renders orders incomprehensible. The lead detective (Marcus Rose) is, as always, profound. He’s a germophobe who often uses hand sanitizer, but it’s apparent that Marcus is also trying to wash away “the stink of crime,”
especially at home with his wife, Gina. You will be anticipating the confrontation that lands Marcus in the hospital. The twists and turns will leave you holding on as you arrive at the stunning conclusion. 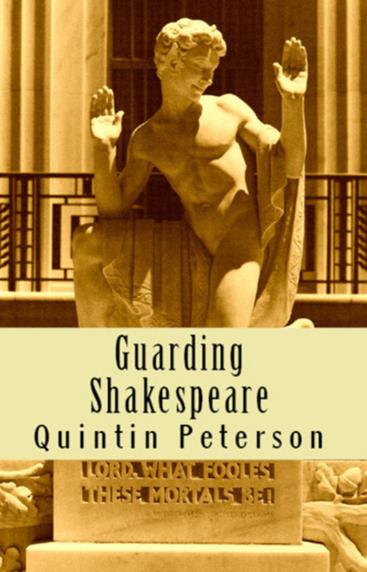 The Folger Shakespeare Library is the world’s largest repository of Shakespeareana and English Renaissance books, manuscripts, and objet d’art. Nobody alive knows the library better than Special Police Officer Lt. Norman Blalock; he’s been guarding it for 25 years. That’s why he is the perfect candidate to pull off an inside job and heist from the library’s underground bank vault a priceless artifact that can rock the foundation of English Literature… 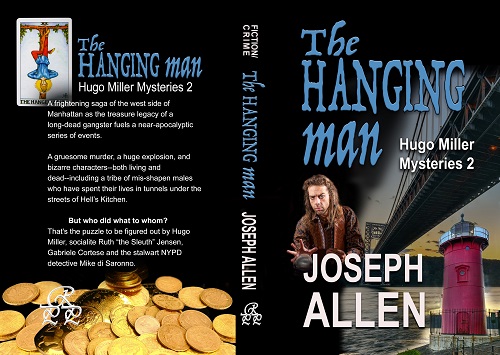 A frightening saga of he west side of Manhattan as the treasure legacy of a long-dead gangster fuels a near-apocalyptic series of events. A gruesome murder, a huge explosion, and bizarre characters — living and dead — including a tribe of malformed males who live in tunnels under the streets of Hell’s Kitchen, a 19th-century saint, and a Papal Nuncio. A puzzle for Hugo Miller, socialite Ruth Jensen, handsome Gabriele Cortese and NYPD detective Mike di Saronno. 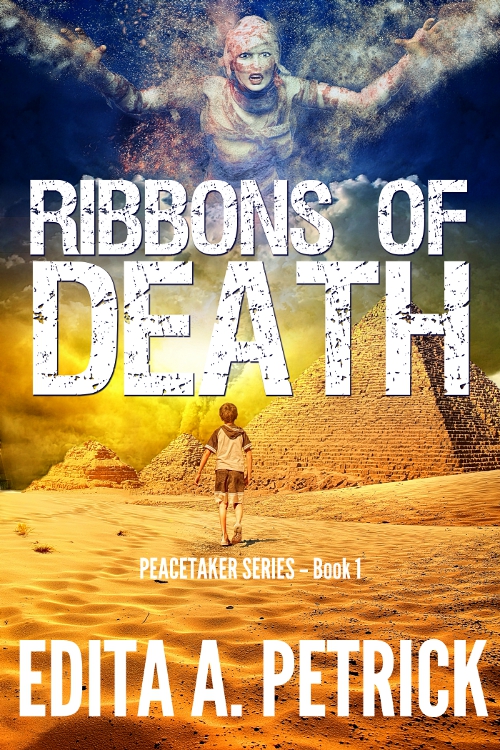 A supernatural catalyst for death rises from an ancient myth. Can a federal agent and a medieval scholar stop it before it spreads more terror across the US? 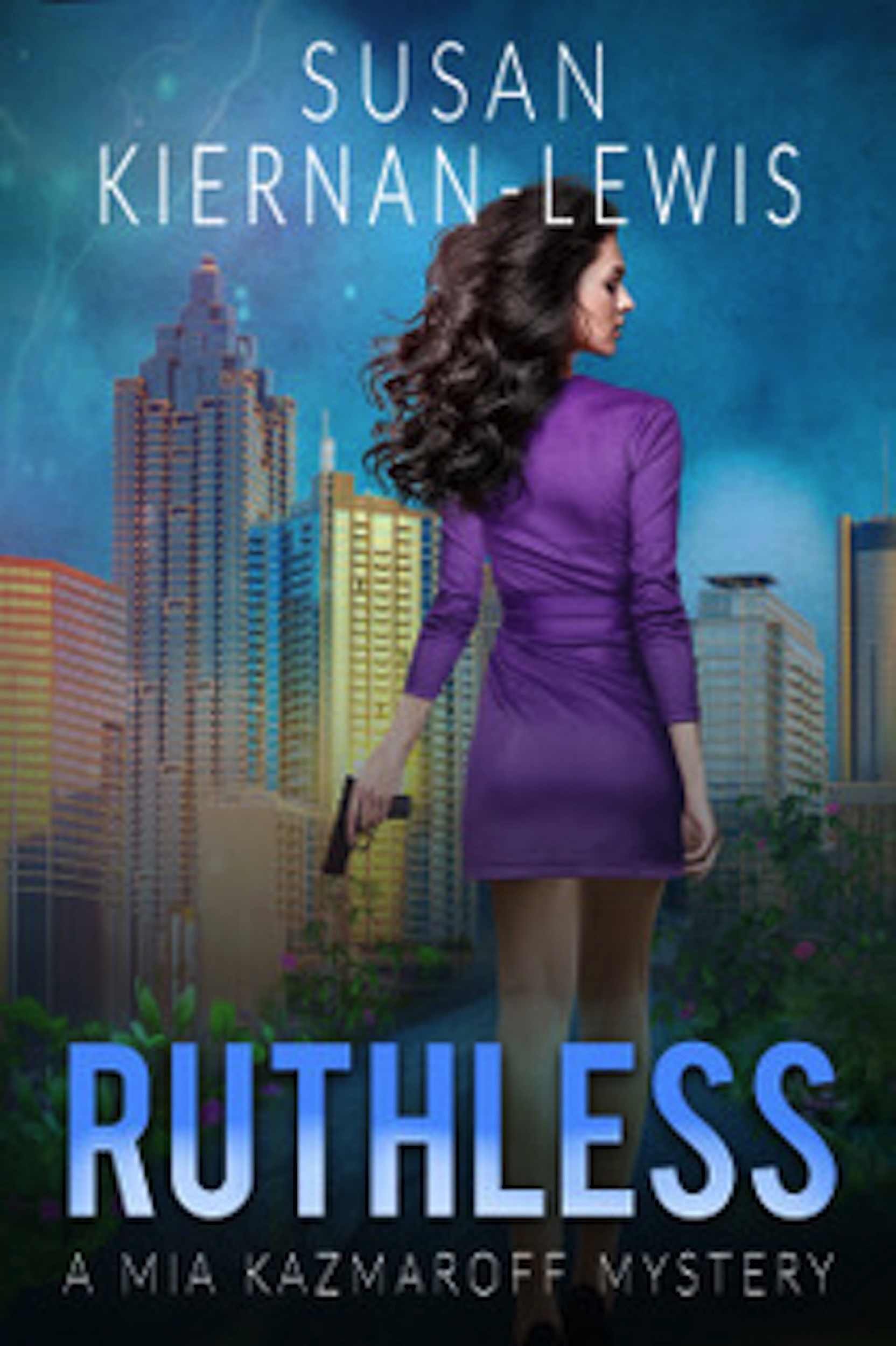 A new serial killer always kills on Friday and next morning sends a body part and note saying where to find the body to Atlanta Major Crimes division. When Mia’s new stepsister is abducted, Mia thinks she knows things the police don’t. Should she stay out of it and let the police do their job? One thing is sure: The clock is ticking down and unless someone acts quickly, her stepsister will be the killer’s next victim.