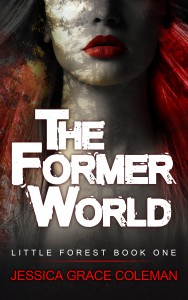 If you’d like to get the next Little Forest novel – Memento Mori – for free, sign up for the mailing list at www.jessicagracecoleman.com. You can also get the first four novels in the Little Forest series for a discounted price by buying the box set of The Former World, Memento Mori, The Exalted and Carnival Masquerade.

Is This Book Enrolled in the Amazon Matchbook Program?
Yes, my eBook is free with Print Book Purchase

If you have read this book tell us what you thought in the comments below!

Sign up for our newsletter to find out about great mystery books. Once a month one subscriber will win one book from our site.
Filed Under: Gift Guide, Paranormal Tagged With: Jessica Grace Coleman