You are here: Home / Mystery/Suspense/Thriller Series / A Killing in Oklahoma by Bentley Turner 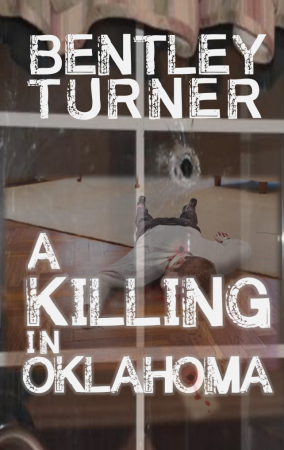 Who murdered James Williams, a successful businessman and pillar of Derrick, Oklahoma? The Chief of Police wants to know. Frank Williams, his son, wants to know, too. In fact, Frank, even though he’s not a trained detective, investigates and eventually discovers evidence that leads to the governor’s office. Considering the governor was a close personal friend of James, has someone planted evidence to implicate him?

What Inspired You to Write Your Book?
My first novel, "The File on Thomas Marks," was a mystery that featured two detectives investigating the murders of two women. Since I enjoyed writing that mystery, I wanted to write another. However, "A Killing in Oklahoma" is different. Instead of following two detectives in their investigation, I follow the victim's son's investigation. Eventually, he discovers evidence that leads to the accused. The mystery includes the trial, which is a first for me and which I enjoyed writing.

Book Sample
The man lowered to the ground and gently placed the rifle next to him. He glanced to his left and noticed the evening sky growing darker. He checked his watch.
The target should be at the house by now, he thought.
The man picked up the rifle and inserted the clip. Then he got into position and aimed the rifle at one of the windows. The scope was off slightly, so he adjusted it.
Perfect, he thought.
The man waited patiently.

Author Bio:
Bentley Turner has written several short stories that have been published in literary journals and in the collection, "The Prize Winners and Other Stories," which was published earlier in 2022. His first mystery, "The File on Thomas Marks," was published in 2021. "A Killing in Oklahoma," his second mystery, was just published.

Sign up for our newsletter to find out about great mystery books. Once a month one subscriber will win one book from our site.
Filed Under: Mystery/Suspense/Thriller Series Tagged With: Bentley Turner, Fiction writer, Mystery writer, Short story writer